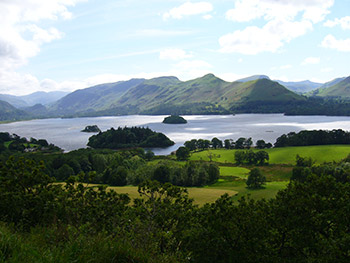 Priscilia Widjaja
Priscilia travelled all the way to New Zealand from her home in Indonesia to study Human Nutrition. When she’s not studying you’ll find her taking great photos of the wonderful scenery that surrounds her.
Facebook
Twitter
Pinterest
WhatsApp
Linkedin
Email
Print

It is a simple quote easily found anywhere but sometimes too hard to be done. I have a mission to achieve that, so here I am, in one of the most peaceful and beautiful countries on earth, living a life I’ve always imagined.

My name is Priscilla Widjaja from Indonesia. I was raised in the big and bustling city of Jakarta, so I wanted to experience something different from home. My main reason for coming to New Zealand is related to two of my biggest passions, photography and doing outdoor activities.

I am studying a Diploma for Graduates in Human Nutrition at the University of Otago. Previously, I already had a bachelor degree in Medicine and had worked for a year before studying in New Zealand.

Many people (especially in my home country) have never known about Dunedin or even heard about it. Few who know where Dunedin is would consider me crazy because I will be living closer to the South Pole, even though they weren’t true.

I set my feet in New Zealand for the first time two months ago and can never forget my first few days in Dunedin. 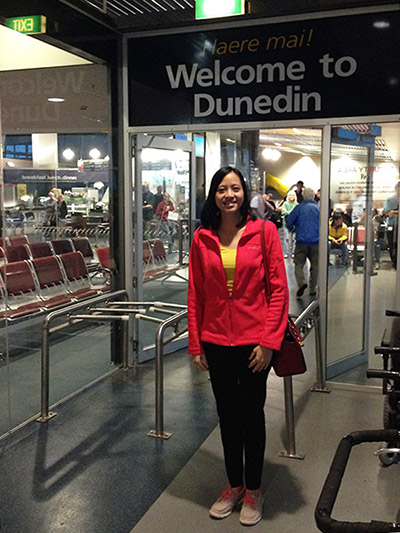 The scenery along the way was really breathtaking and I could see the whole city from above. I am in love at first sight with this city. Once I arrived at my flat, I was greeted by big rain and strong winds although it was in the middle of summer. Then I decided to splurge on a good windproof jacket, which never fails me until now. The weather is quite cool compared to tropical Indonesia, but with warm and friendly local people.

Sneak peek of the University

I’ve been amazed by the University of Otago’s surroundings, especially its iconic Clocktower. 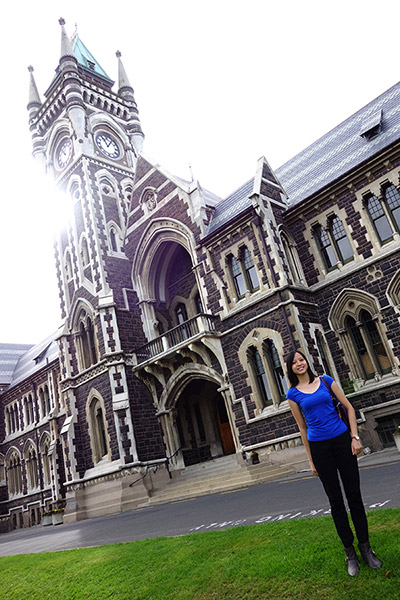 When I first entered the University, I felt like going back centuries ago. It is the oldest university in New Zealand, and since I am interested in historical buildings, the campus environment would be perfect for me. 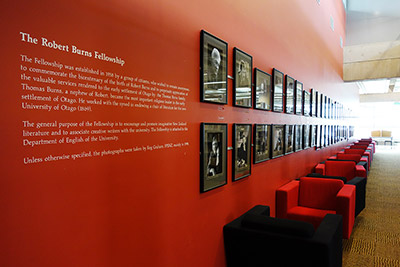 Then, I take a look at the Central Library. It is like I have found heaven on earth! The library is a 4-storey building filled by books, maps, dictionaries, and DVDs. It also has many comfortable couches for those who want to read books for hours. The best thing is that the university has some other libraries apart from the central library. 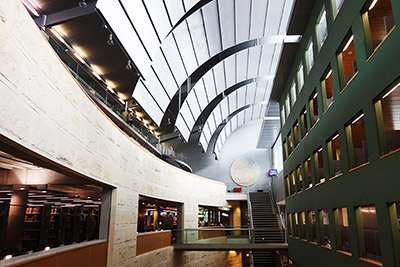 My student life would be busy yet exciting because I have joined the famous tramping and mountaineering club and planned some new adventures. So don’t worry, more stories and also pictures will come. See ya

Previous article6 Tips to Help You Pass the IELTS Reading Paper with Flying Colours
Next articleWhat Happens When You Take a City Girl Out the City?