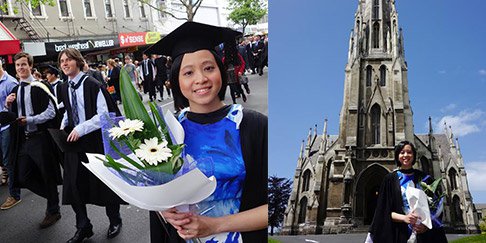 Priscilia Widjaja
Priscilia travelled all the way to New Zealand from her home in Indonesia to study Human Nutrition. When she’s not studying you’ll find her taking great photos of the wonderful scenery that surrounds her.
Facebook
Twitter
Pinterest
WhatsApp
Linkedin
Email
Print

The time runs so fast, but this is not the end of the journey…

After studying for 2 semesters (literally 8 months), finally I received my marks and an invitation to graduate. I was very excited! The graduation ceremony at the University of Otago is quite different from Indonesia, as we marched down the main street, were cheered by thousands of people along the way, and had our awards given in the Town Hall.

We did have an international graduation party, which was held a couple of weeks before the official graduation ceremony. I had a chance to meet the lovely International Office team, as well as friends and their families. And not to mention unlimited nibbles that made our tummy so full!

And the big day arrived. It should’ve been a perfect day until I fell on the streets, 10 minutes before my graduation march started, 1 block away from the meeting point. My knee was bleeding so badly, but I managed to pop into a pharmacy and got a treatment. At that time, I thought I wouldn’t be able to participate in the march, but I insisted on running through the marching line and sneaked into the back of the line. And I did it!

The weather was so beautiful. We walked down the streets along with bagpipers playing Scottish music – a unique feature only possessed by University of Otago (and not other New Zealand universities). After the march ended, I got an awkward 2-hour free time before entering the Town Hall as the science graduates were the last to be awarded that day. 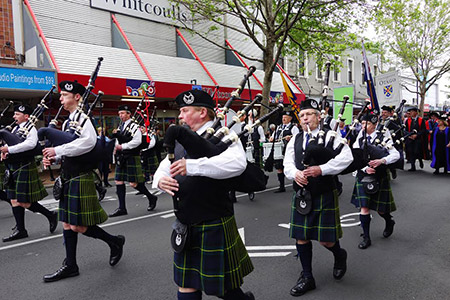 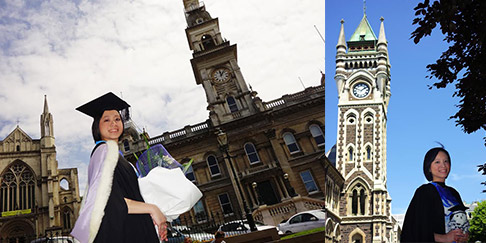 I was so lucky because my partner is a photographer. I used the time to take photos around the town centre. From the church, town hall, parks, you name it! I forgot my wounds while taking photos 🙂 And if you have an eye for detail, you would see a big Band-Aid on my knee! 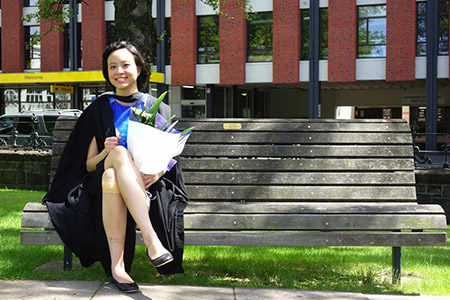 After the ceremony, I was officially an alumnus. Everything didn’t stop there though, because once you are a student, you will always be a student. That means I will still be able to use the library. How exciting! 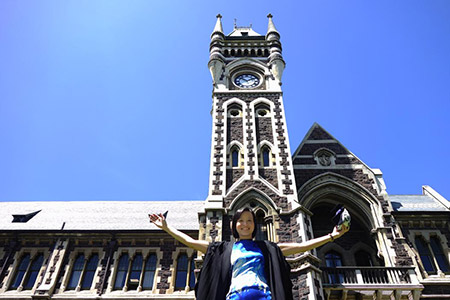 Well, after all, it wasn’t an easy journey. I struggled a bit at first with Kiwi English (and their incredibly fast conversation) and academic writing. But when I stood tall on my graduation day, I knew that I had improved, although there are still so many things to learn. 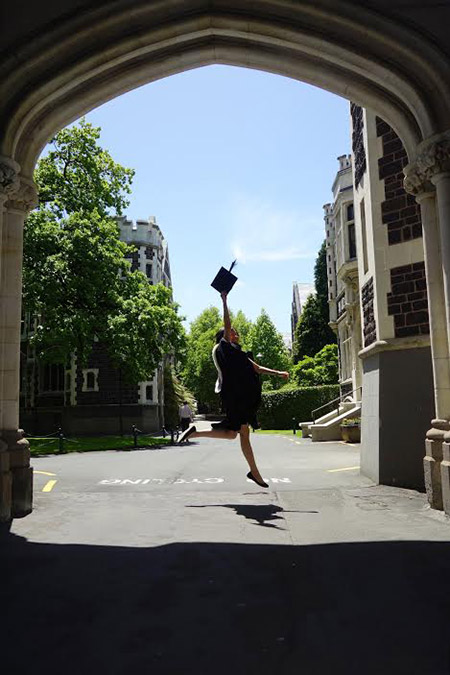 So my plan, for now, is looking for a full-time job. The graduation is not the end, it is the beginning. ‘Tis the beginning of a more wonderful journey…

Previous articleIf I Can, So Can You
Next articleNew Year, New Cheer