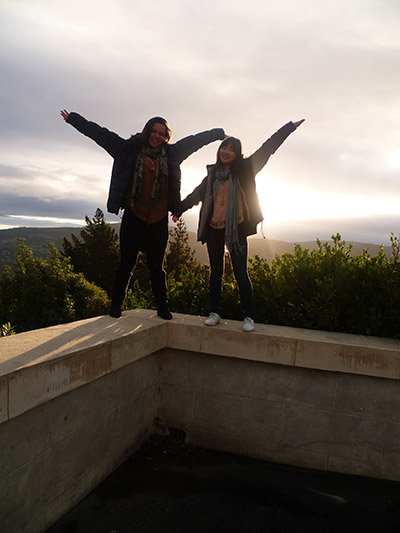 I must admit that sometimes it’s hard being a city girl in a place which resembles more of a town (although I’m sure some people will disagree).

I’m just hitting 4 years in Dunedin, and I’m still marvelling at how I’m still finding things to do and actually enjoying it.

I’m not going to lie; Dunedin has really captured my heart. I have made life-long friendships and have cultivated a rather enjoyable livelihood here.

However, if you told me that I would love Dunedin on my first day, I would have actually laughed at your face.

They say first impressions are important, but oh man these people never thought of Dunedin when they came up with that saying.

When I first got off the plane at Dunedin International Airport, the first words that flashed across my head was “this is an airport?! You have got to be kidding”

The airport was a mere two storeys with cattle and sheep grazing on vast fields of green surrounding it, whereas Singapore’s Changi Airport seemed monstrous in comparison with its abundance of restaurants and designer stores.

Driving out of the airport into town was also pretty startling, as what I saw was pretty much empty fields and the occasional house as compared to the tall skyscrapers that I was used to in Singapore.

I also remember being surprised by the two-storeyed Meridien mall and George Street (Dunedin’s version of Singapore’s Orchard Road) which was meant to be the town centre of Dunedin.

I couldn’t help but wonder what I was supposed to do in this town due to the lack of entertainment that I was so accustomed to.

Plus, where’s the Asian food??!! Where’s the late night eating places? What do people do at night for fun?

On my first day of university, I remember being in awe of the Scottish-influenced style buildings and the Leith river winding through the heart of the campus. I must say Otago University is one of the most beautiful campuses on Earth (and The Huffington Post agrees with me as well)

The pictures do not do it justice.

The relative isolation of Dunedin was also surprisingly welcomed after a gradual period.

Don’t have anything to do? Why not take a walk down to your friend’s place to hang out over a few beers and a movie? Or perhaps join one of the reasonably priced activities like kickboxing that the Recreation Centre provides.

Dunedin may not have the hustle and bustle of a city but you learn to appreciate your friends more and value quality time over everything else.

Furthermore, being surrounded by students makes you feel right at home because you are all going through the same university drama of studies, tests, and Saturday night shenanigans.

I have cultivated many strong friendships with people of all backgrounds and I know they are just a short 10-minute walk away due to the small proximity of Dunedin.

I have also made many awesome memories, like watching my first ever rugby game, visiting Signal Hill right before sunset, and celebrating my 21st birthday at Woodhaugh Gardens.

These are experiences that I would have never gotten if I didn’t come to Dunedin. 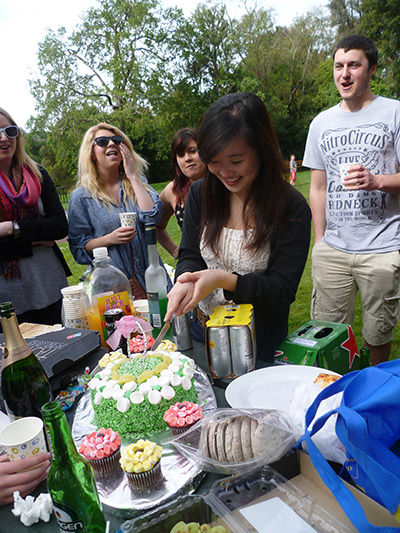 But let me tell you the best part: FOOD. I may miss Singapore food sometimes but having a cup of hot chocolate with a delicious egg, mushroom and spinach omelette at the Good Oil is pretty amazing too (see picture). 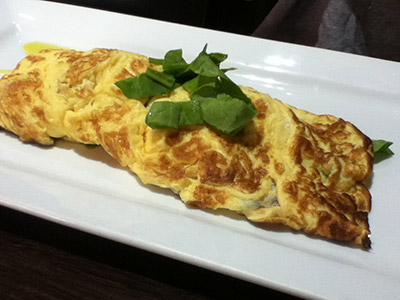 Dunedin has such a distinct café culture that is rather rare to find in Singapore.

It is pretty great to be able to relax quietly in the corner with a drink in hand and some wonderful pastries.

If you’re craving for a restaurant ambience, then Dunedin is also the place to be at as it is home to places of different cultural foods, such as the Jitsu (Japanese), Angus Steakhouse (best steaks ever), Paasha (Turkish)….

There are so many more exciting things to do in Dunedin and I have barely touched upon them.

However, as Andy Warhol once said: “The idea of waiting for something makes it more exciting”. Thus, I guess you will have to wait for my next post. Ciao!