Every year, the New York Region Phi Theta Kappa holds an annual regional conference, where all the honour students with their school chapter are sent to a certain place where they have a conference and receive awards for a job well done during the year.

It is a great time to see and talk to all the people from different colleges around the New York state and also ask questions at the transfer booths to different universities. I was one of the people that was leading the conference. 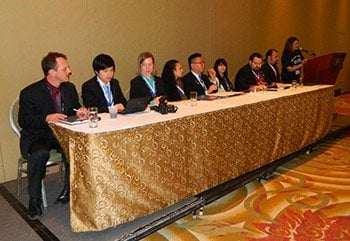 The voting was long, but we came up with a decision to have one secretary that includes the roles of the eliminated positions.

During one of the breaks, I went to the room where the transfer booths were set up and OH MY GOD THERE WAS NEW YORK UNIVERSITY!!!

I did not jump…but yes I jumped and screamed internally. Trying to keep the professional look, I slowly approached NYU table and then I just poured on the poor admissions representative with questions.

I think I talked to him for about a good 40 minutes. After this conversation, I was out of my English. I could barely say a sentence in English. The convention continued smooth and steady.

During a different break, just before dinner, I saw this little boy taking photos of everything with his mom’s camera. I approached him and asked, “Have you ever tried to take photos using this kind of camera?” (I have a Canon EOS550). He said no and I gave him the camera to play with. At first, he was so shy but I showed him a magic trick where the camera takes pictures even without touching the button. 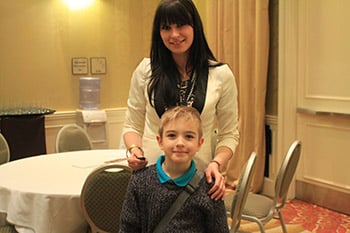 Overall it was a great time that I spent in Tarrytown, NY.

I have been checking my mail every second of the day.

So far, I have had an offer from one school. Congratulations Santa! I have been admitted to Rutgers University – New Brunswick. I got accepted about 2 weeks after they received all of the required documentation. Now the only thing left is for me to decide whether or not I want to go…