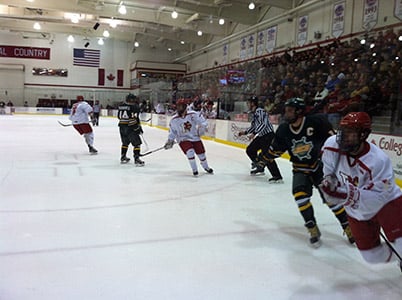 The little red birds, Cardinals, that the men’s ice hockey team take their name from are known for their beautiful tweets, for their well-built bodies, and the fact that they don’t fly south for winter – well at least as far as I am concerned those are the facts.

However, the colour red is known as a signal for danger, so need I say more about the Plattsburgh State Men Ice Hockey? 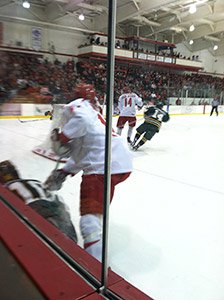 These boys are dangerous.

I really don’t know how they do it, but when they are on ice it’s like something else takes over. They can move from one end of the rink to the other in a split second. 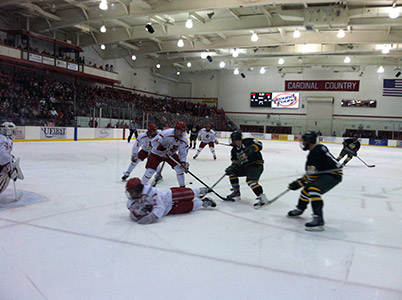 I have never attended a Cardinal Men’s Hockey game where people sat still and watched the game.

The crowd and players feed on each other’s adrenaline. As the crowd anticipates a goal, the male Cardinals feed off of that energy to produce a mind-blowing and energy-filled game, goal or not. 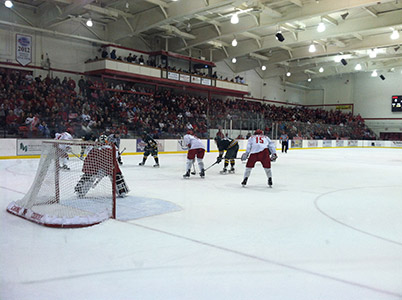 As soon as the whistle blows to take off the game, screams are heard all over the rink, by the time the first quarter ends, my friends just don’t want to talk or hear from me cause I was screaming throughout the game; I am super pumped at the expense of their ears.

Nonetheless, the rush and anticipation that you feel for almost two hours watching the Male Cardinals play, is addicting. Over and over that rush of excitement doesn’t leave you, and when the game ends, we just want more.