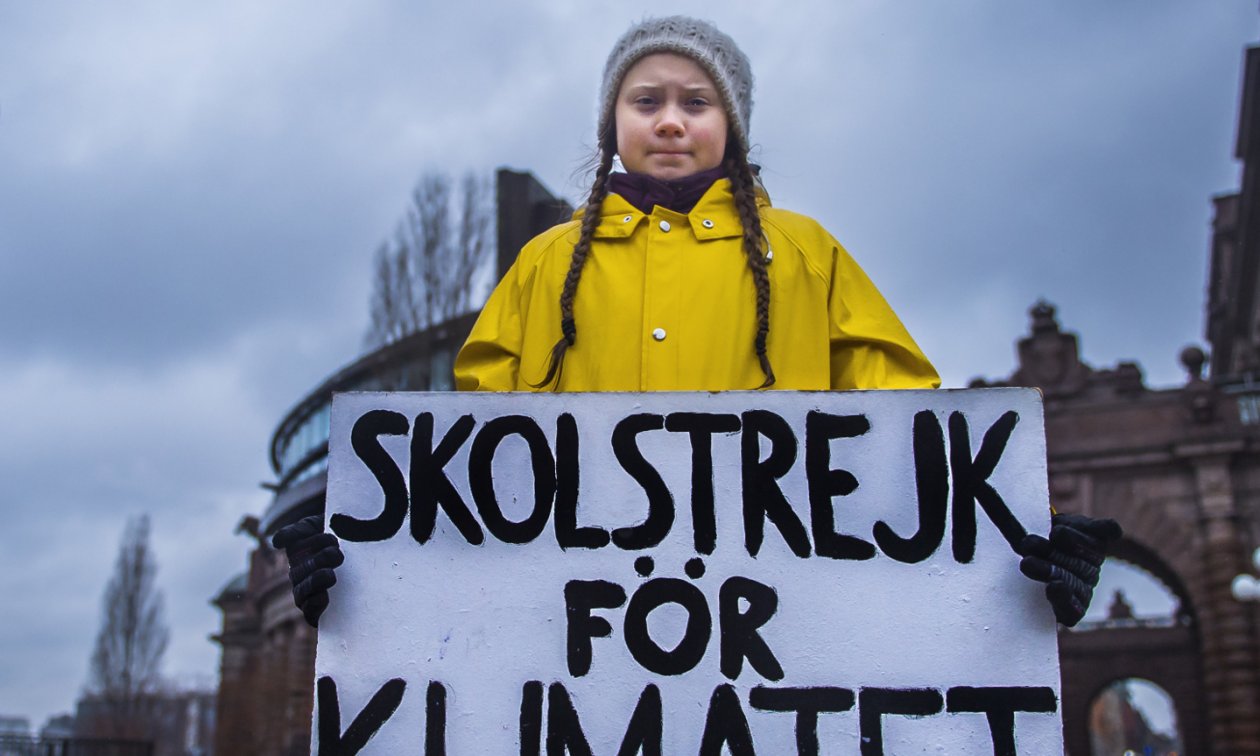 Greta Thunberg is a Swedish activist who, at age 15, began protesting outside the Swedish parliament in August 2018 about the need for immediate action to combat climate change. Her “school strike for the climate” began attracting media attention and she has since become an outspoken climate activist.

Over the past year, she has become a global superstar of the climate change movement. Promoting #fridaysforfuture alongside millions of children across the globe to demand politicians, governments and corporations take action on climate change.

Thank you GQ Magazine for the Game Changer Of The Year – award!#fridaysforfuture #climatestrike #schoolstrike4climate pic.twitter.com/igmFTRqoJl

Greta has received many prizes and awards for her efforts towards environmental causes. In 2019, three members of the Norwegian parliament nominated Thunberg for the Nobel Peace Prize. And in May 2019, at the age of 16, she was featured on the cover of Time magazine.

“We can’t save the world by playing by the rules, because the rules have to be changed. Everything needs to change – and it has to start today.”

It is easy to see why we are so excited to share her achievements with you!

Greta is currently setting sail on a zero-emissions yacht across the Atlantic to the United Nations in New York in order to speak at the UN’s climate summit herself. It would be quicker to fly, of course, but Greta refuses to fly due to the negative impact it has on the environment. Over the last year, Greta has been invited to gives speeches all over the world, but has refused to attend due to her no-fly rule. Greta commented that, “I think it is insane that people are gathered here to talk about the climate and they arrive here in private jets”.

“If you still say that we are wasting valuable lesson time, then let me remind you our political leaders have wasted decades through denial and inaction”

Not only is Greta achieving all of this despite having to speak in a second language and by virtue of her age, but she also suffers with many disorders such as OCD and Asperger syndrome, which is a form of Autism.

Greta has explained how the “gift” of living with Asperger syndrome helps her “see things from outside the box” when it comes to climate change.

In an interview with presenter Nick Robinson on BBC Radio 4’s Today programme on Tuesday, the 16-year-old environmental activist said the disorder helps her see things in “black and white”.

“It makes me different, and being different is a gift, I would say,” she told Robinson, “I don’t easily fall for lies, I can see through things.”