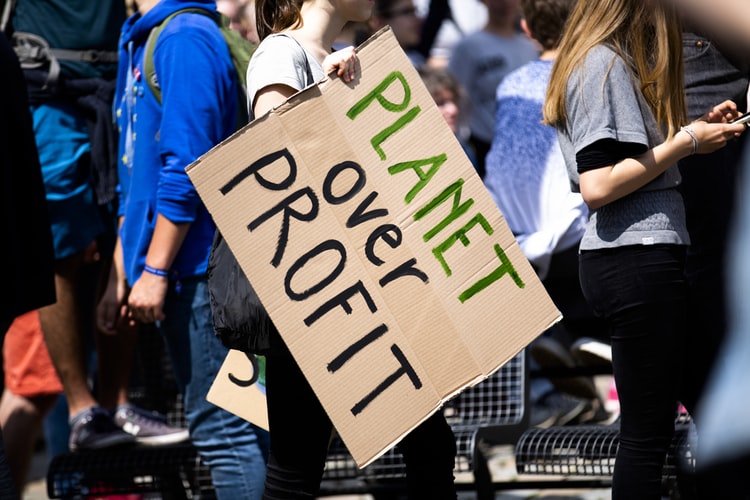 Goldsmith’s University announced yesterday that it will be carbon neutral by 2025, as a result of then tens of thousands of students protesting climate change in London.

The university will be making immediate changes to tackle climate change. Goldsmiths will end the sale on beef on campus by September this year. They will also divest from fossil fuels by December and switch to a renewable energy provider “as soon as is practical”.

Goldsmiths’ new Warden Professor Frances Corner has announced an ambitious drive for the College to be carbon neutral by 2025.

The plan includes the removal of all beef products from campus outlets and a 10p levy on plastic bottles https://t.co/sYRHZ0gxxa

Goldsmith’s plan will also encourage students to move away from single-use plastics by bringing in a 10p tax on plastic water bottles sold on campus, with all proceeds going towards a green student initiative fund.

One of their more interesting changes will be modules on climate change added to the curriculum where students will learn about the gravity of climate change and “the role of individuals and organisations in reducing carbon emissions”.

Whilst this plan/action is only the beginning, and much work is yet to be done, it is fantastic to see Goldsmiths taking responsibility and responding to its impact on the climate.

Greenpeace UK spokeswoman Rosie Rogers said she was encouraged to see the university “not simply declaring a climate emergency, but acting on it”.

“We call on others to urgently follow suit, and to include cutting all ties from fossil fuel funding in their climate emergency response,” she said.

“The growing global call for organisations to take seriously their responsibilities for halting climate change is impossible to ignore,” she said.

“I truly believe we face a defining moment in global history and Goldsmiths now stands shoulder to shoulder with other organisations willing to call the alarm and take urgent action to cut carbon use.”

Goldsmiths said the college is responsible for around 3.7 million kilograms of carbon emissions each year, the equivalent output of more than 800,000 cars.

As protests are likely to continue across the UK in the new term, more student activists for climate change will be hoping more universities will follow Goldsmith’s example.