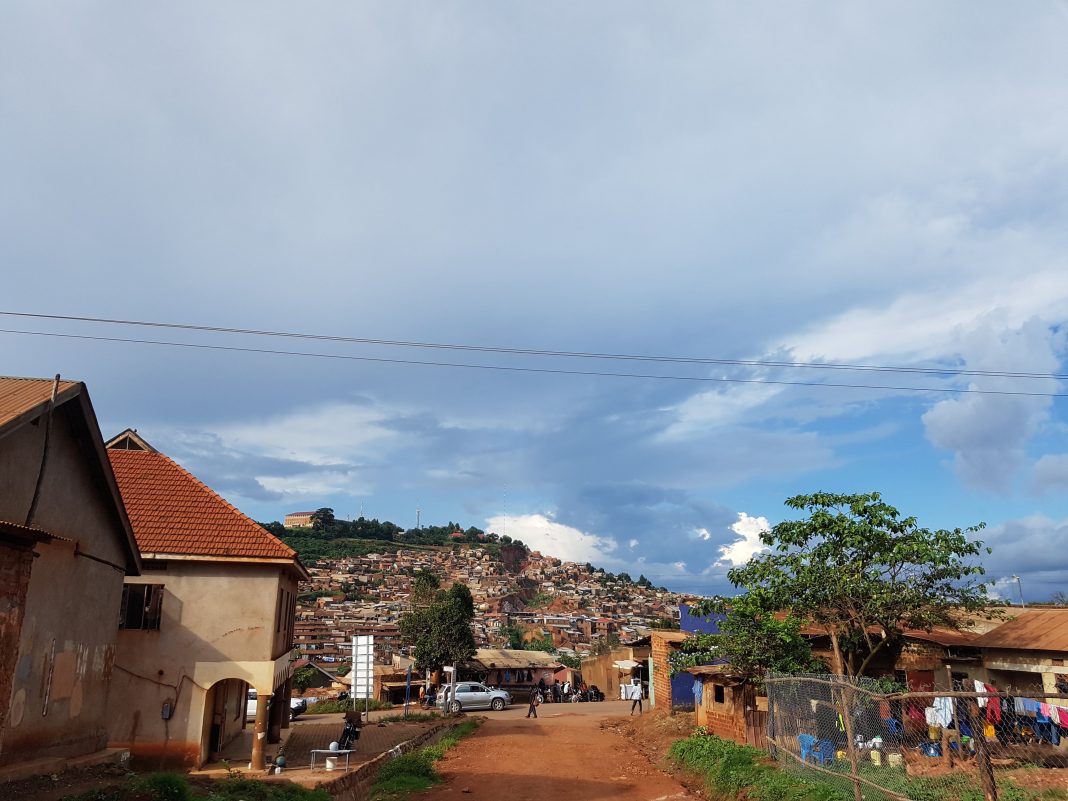 Poppy has worked in performance, drama, ad arts events in a number of places around the world. She currently works as a freelance producer in Uganda – East Africa – where she’s involved in a range of arts projects, as well as writing her PhD.

Whenever I catch up with Poppy, I am always staggered by the quantity and quality of what she has done since the last time I saw her. Today’s interview with her was no exception to this. What hasn’t changed is her enthusiasm and energy which, even via a video call, seeped through my screen into my office. I asked her to start by telling me about her current situation.

“I am a creative producer. I’m currently based in Uganda and produce a range of creative arts events, festivals and residency projects. I work with a community of artists from across the region and beyond, with lots of different organisations and inspiring people. My main role within a lot of my work is making things happen: finding a story, managing the relationships around it, and bringing people together. I work with artists, audiences, funders, stakeholders and technicians: bringing a project to life, crafting it conceptually and practically. And alongside that I’m also doing my PhD, which I am now in my final year of.”

“I went to Colchester Sixth Form college where I studied Art, Drama, History, and English Literature. i had the chance to go to the local Grammar school, but I specifically chose to go to the Sixth Form college because of the creative subjects that were on offer there, and other people encouraged me to follow that route. I knew I wanted to study English and Theatre, and I had some great teachers in the sixth form who said that Queen Mary, University of London, was a great place to study these subjects.”

A Masters and Volunteering Work

“When I finished my English and Theatre degree I still had a lot of things I wanted to say. Things that I wanted to think about. So, I applied for a masters at Queen Mary University of London. I wasn’t sure if I would go at that stage or was ready for another year of study; I spent a four-month period at the end of my degree trying to get work, doing some teaching and volunteering while I considered my options.

There was an organisation called the People’s Palace Projects (PPP) who were an arts organisation and research institute. I became known there as the girl in the red boots who used to come and bang on the door, repeatedly asking what was going on and trying to get involved. Towards the end of the summer, they were doing a big project at the South Bank Centre, they said they needed some volunteers and I just threw myself into it. I went ahead with the masters, but my voluntary work quickly saw me hired on a part-time basis. So, I worked part-time with PPP at the same time as going my masters. I found ways of using my work with PPP to enhance what I was studying.

On the day I left Queen Mary after finishing my Masters, I took a full-time contract at PPP, and I was there for four and a half years.”

Working with the People’s Palace Project in London and Brazil

“Because it was a relatively small organisation, I quickly went through a number of roles before becoming a projects manager for different arts projects, both in the UK and Brazil. And being young and a free agent, I was able to travel a lot. And, of course, work ridiculous hours, throwing myself head first into some of the projects. I’m sure that those projects will always remain some of the proudest moments of my life.”

“We were producing cultural exchange projects and creative practice that interrogated issues of social injustice, working with a range of young people, artists and organisations from the UK and Brazil who were from a really diverse range of situations and backgrounds, but using arts and performance in different ways within their communities. An example of this was ‘ Rio Occupation London ’ which was part of the 2012 London Festival, which ran alongside the Olympics. Working in partnership with Battersea Arts Centre, we had 30 ground-breaking Rio artists occupying over 50 spaces in London throughout that summer; Rio Occupation London was an Olympic 2012 project and we produced an incredible season which led to a series of work with d/Deaf and disabled artists. I then curated and managed Unlimited Festival in Brazil in 2014, which was a festival celebrating d/Deaf and disabled arts, and introduced Rio de Janeiro to lots of radical artists who had been working in those spaces in the UK as part of the Olympic and Paralympic cultural programs. This was something I was, and am, really proud of.”

It certainly sounds like an extraordinary period of your life. And it brings us to where you are now. You have moved to Uganda where you are working, still in arts, still organising remarkable projects and you are doing your PhD. Tell us more!