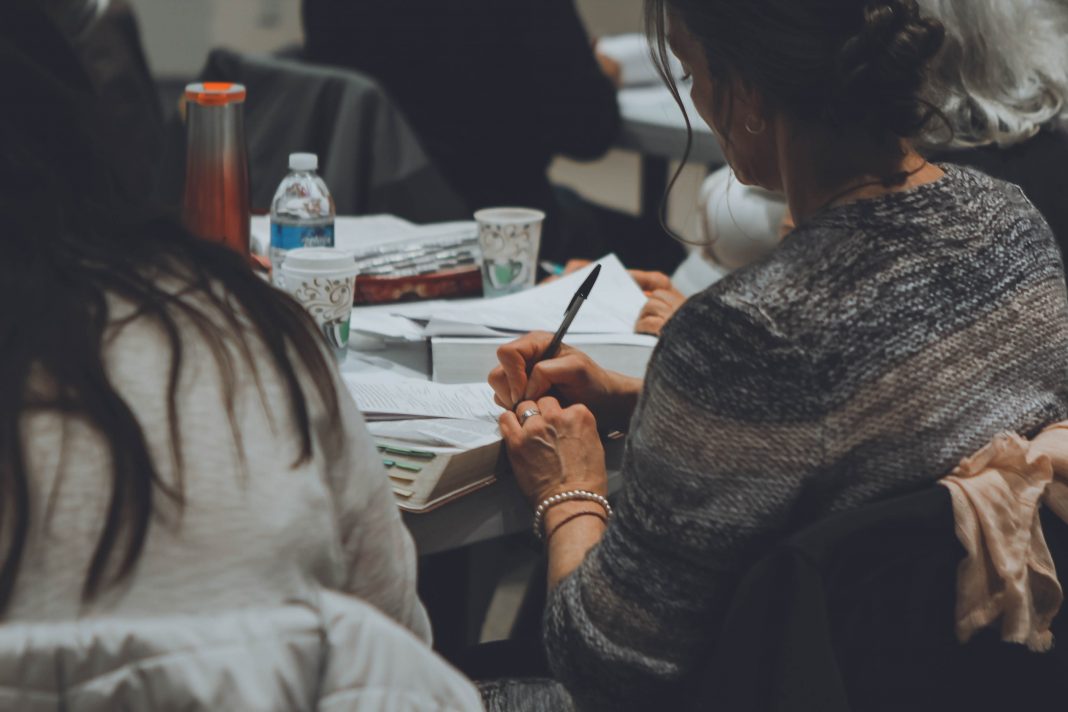 Charlotte works now as an English teacher (among many roles) in a secondary school in Essex. She arrived at this point via her qualification for nursing and various jobs including a successful period in sales. She now travels extensively in between inspiring kids.

Finding a slot for an interview in Charlotte’s 70-hour working week is no easy matter, but what emerged from our meeting was a picture of someone with extraordinary energy, intelligence and determination; someone whose self-expectation seems cruelly demanding but who still preserves a total commitment to improving the prospects of others.

Charlotte works in education (it is too reductive to say she is a teacher) and is a classic example of someone whose path in life was influenced by an inspirational teacher.

“We got a new teacher in year eight called Miss McCrory, and she was incredible. She stood out. We were doing persuasive speeches, and everyone always uses Martin Luther King, but she did a bit of Dead Poets Society. She stood up on the desk and she read it, and it was so moving, because she was in tears by the time she got halfway through it, and we didn’t understand: being 12 we were a bit baffled by this woman who had just arrived at the school and was crying in front of an entire class.

But when she explained the words, and when we understood the context and started to analyse it for ourselves, I think that was the first time I really realised the power that words can have, and the power a teacher can have. And that was when I wanted to teach. I wanted to be her. I wanted to do what she was doing, and make people feel how she made us feel.”

I pointed out that this was pretty early to make a decision about her whole future and her answer teases out one of the themes of this website – our education leads us in many directions and not always in straight lines or to the destination that we expected: “It was, but then I changed my mind several times and then came back to it, because actually, I should have been a teacher all along.”

Charlotte lives in Colchester, Essex, a large, vigorous county spreading east from London as far as the coastline along the North Sea. Thurstable School in Tiptree (home of Tiptree Jam) was her local school and her childhood has the ring of Enid Blyton freedom: “we’d get a bus in the morning and come home in the evening, and then run around and play outdoors and try to avoid doing homework until it was dark, because that was when curfew was, was when it got dark.”

She describes her achievements with typical self-deprecation as having done “relatively well. You know, I could have been an A* student and I wasn’t. I got good grades, I got A*s and A’s and a few B’s, a D for dance.”

What happened next seems extraordinary to me and caused Charlotte to veer off into unexpected territory; her decision seems almost like self-punishment. She went to Colchester 6th Form College and took five A levels and at that time they were examined at the end of both years (the first year being AS level and the second A level). She didn’t do as well as she expected of herself in her AS levels and her response to this was to redouble her efforts, re-sit every exam and come out with A grades and the maximum university entrance points possible.

But she didn’t apply. Why not?

“Because of my first-year performance I couldn’t apply to the universities I wanted to go to and we didn’t really have much careers advice, so I didn’t understand about clearing, I didn’t understand that even if I hadn’t applied to those universities I could have got into them. So in the Easter term I was having a huge crisis of confidence, thought I definitely wasn’t going to pass anything because I hadn’t the previous year, and I was feeling the pressure of something like 25 exams I was going to have to sit.

And so I applied to do nursing, because you didn’t have to have qualifications for that, you didn’t have to have anything above a GCSE, and I’d kind of convinced myself in my teenage dramatic phase that it was going to be nothing that I got. So, I applied for nursing, got my A levels, misread them a couple of times, had a teacher sit me down and calm me down and say, “Let me explain to you what you’ve just done because it’s incredible and you’re clearly… you’re clearly a little bit excitable.” But I had set my mind, and unfortunately for me it’s a character trait that if I say I’m going to do something I do it.