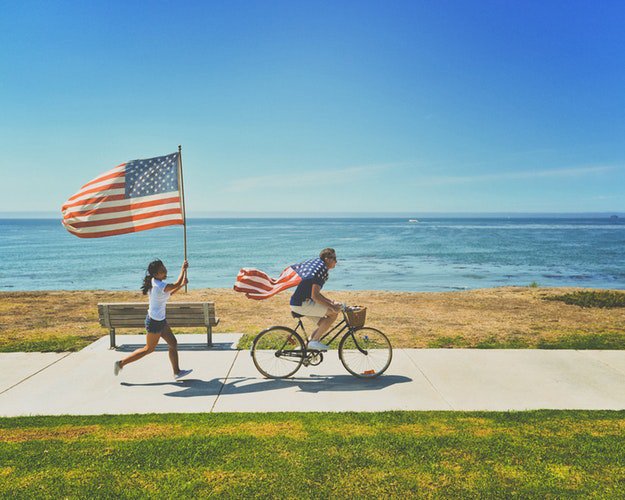 With the new school year about to begin this would be a good time to start getting your heads in the zone for what life in the U.S. is likely to entail. Whenever anyone moves to a new country and culture, they will encounter unexpected differences. Knowing ahead of time a few things about your new host country can prepare you for what you might experience and not throw you off your game.

From my experience working with international students and families, the following are my top five favourite things worth mentioning to international newcomers:

Not everyone drives at breakneck speed to get to the grocery store or elsewhere. Americans don’t break out in song and dance whenever the mood hits them. Not everyone sleeps around with multiple partners. These are just a few misconceptions. Americans tend to be stereotyped in a variety of ways just as people from your country typically are, that is, if people even know about your country and where it is located. That brings me to point number two.

2. Americans tend to be geographically challenged and not know a lot about the rest of the world.

I’ve had students from various countries in Africa tell me that American students were shocked to meet someone from Africa because they heard everyone from there “lived in trees,” “didn’t wear clothes,” and “didn’t have computers.”

If an American does know the country you are from they may use facetious humour to try to get to know you. So they may say something like, “Oh wow! You’re from Russia. Do you have bears roaming around in the streets?” Or “I heard you are from Egypt. Do you ride camels to get around?” They aren’t trying to insult you or sound ignorant, they actually think you are pretty cool and they are trying to get to know you by using silly humour. Just smile and educate them rather than get angry.

The continent itself is huge. It is over 3.5 million square miles. Oh dear, there is another point. Unlike the majority of the rest of the world, we do not use the metric system. That would be equal to over 5.5 million square kilometres. You can also forget centigrade, centimetres, and everything you’ve known up to now.

But it isn’t just land size that is big. Serving sizes in U.S. restaurants are extremely generous. You are expected and even encouraged to ask for a “doggie bag” so you can take home your leftovers to have for another meal.

Perhaps that is one of the reasons why so many Americans are also big. In fact, according to the National Center for Health Statistics, as reported in Time Health Magazine, “Close to 40% of American adults and 19% of young people have obesity…”

You may be surprised to see them doing it while walking, sitting in class, or driving their cars. They also appreciate foods from all over the world. You will find a huge variety of ethnic restaurants and grocery stores in the U.S.

Another surprise associated with eating out is generous tipping on the price of your meal. Wait staff are typically paid less than minimum wage so tipping is their means to make a reasonable salary. Typical tipping amounts are 15-20% of the cost of the service. Many others who work in service industries expect tips as well including your hairdresser and taxi driver.

You will even need to calculate your final shopping bills at the clothing or grocery store to reflect the U.S. Federal and State government taxes that are placed on some goods and foods. It is not incorporated into the total cost as it often is in other countries. It is best to add up what you plan to buy and then add anywhere from 5-6.25% of the total so you are not surprised at the checkout.

5. While Americans are generally known to be friendly, they can also be confusing.

They will ask you how you are as a form of greeting. They don’t really want to know, it’s just an expression. They may also suggest that you get together with them sometime. This is an intention. It is a positive sign that they have felt a connection with you and would like to get to know you better but unless you have a date, a place, and a time, it is not an invitation. My advice to you is to follow up by suggesting a time and place to meet. Americans also procrastinate even when they have the best intentions so why not beat them to it?

Now that you know a little more about Americans and their culture, have fun with it and pay attention to other differences you run into. The challenge is understanding why the differences exist. There is no right or wrong way, only in different ways.

Special thanks to Tina L. Quick for providing us with this article. Tina is the author of two extraordinary books dedicated to international students going to study in America: Survive and Thrive: The International Student’s Guide to Succeeding in the U.S. and The Global Nomad’s Guide to University Transition.