I left Dunedin after my last exam.

It was a great last day in the city – I finished writing a 3-hour exam at 1 pm, then celebrated both finishing my university undergraduate degree and also the end of my exchange.

Not that leaving Dunedin is something to be celebrated but having been here and had this experience definitely is.

And I decided to leave with that mentality; not being sad because it’s over but being happy because it was so beautiful while it lasted.

Those poetic words were spoken to me by my roommate Vicky on my last day and I think it is how every experience should be looked at.

My last day I watched two rugby games. The All Blacks vs England and what is referred to as “alternative” rugby, or Dunedin’s famous naked rugby.

My friend Roshini and I sat and watched on the field sipping red wine, childishly giggling at all the men running around tackling each other shamelessly. Later that night I went to the real rugby, New Zealand vs England, with my roommates and some friends.

It was a great game. There was lots of energy filling the stadium, all (or at least most of us) had high hopes New Zealand would cream England. Happily, they did. We walked home happy, smiling, our bellies full of beer. 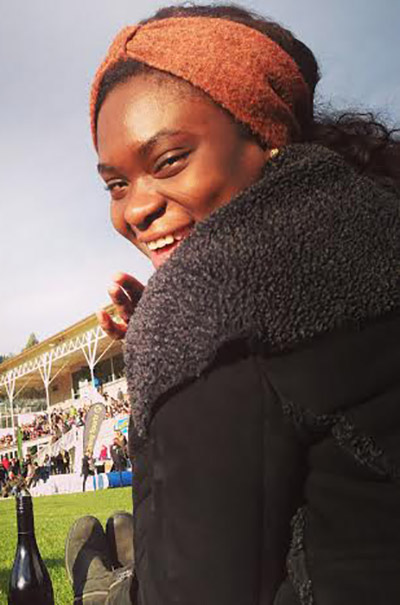 My journey from Dunedin to Auckland where I was to fly out was a long but wonderful one.

We talked for hours and played pool before I crashed. I had to wake up for the 7 am bus to Picton the next morning.  Groggy and cranky, took the bus and then the ferry across to the North Island. I stood on the top deck as long as I could, for it was unbearably windy and sprinkling with rain. Sadly, I could only spend about an hour and a half out there before I got worried I’d be blown off the boat.

Wellington was great; my highlights were wandering in the botanic gardens, Mount Victoria, the red rocks, Weta workshop and vintage shopping on Cuba Street.

I spent the first day I arrived alone then met up with a kiwi couple I’ve gotten to know in Dunedin. Cat is from North Palmerston but Seb has lived in Wellington since emigrating to NZ 10 years ago from Germany.

His parents are both so lovely and they welcomed me easily into their comfortable home immediately. The house is full of animals – they have chickens in the backyard – (5 though still they only produce 2 eggs per day combined), guinea pigs (which the mom and Seb’s sister Anna breed) and a cat. There are 9 guinea pigs – most in cages but 2 run wild in the backyard and beyond.  The cat Lucia is a sweet little black furry thing who will jump on your lap if you promise to spend 30 minutes cuddling her. There’s a bit of rivalry between the animals – Lucia having eaten a baby guinea pig just the other week – but mostly the circumstances are harmonious. 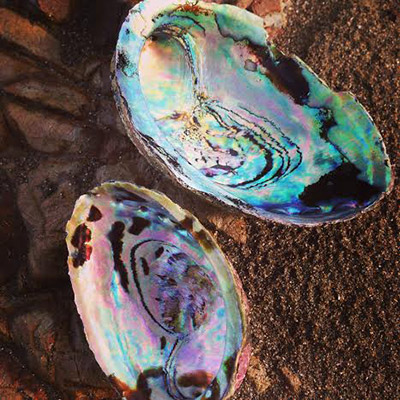 The last part of my journey was to take a train from Wellington to Auckland.

I left at 8 am and got in at 7 pm; that’s 11 hours on a train! It’s probably a surprise that I enjoyed every minute of it… There’s something I find so calming about trains! I got to catch up on sleep, listen to music and watch the vivid hills that rolled like waves in every direction fly by.

I had one day in Auckland before my flight, and I stayed with a woman I had met while tramping with my mom earlier during my time in New Zealand. Her name is Marguerite- she’s an amazing woman and mom, and also she’s so much fun. She made a New Zealand meal for me including lamb shanks and stuffed egg, with Pavlova for dessert, as a final send-off.

Friends of hers were over and the 5 of us chatted for hours until about 1 am when we decided time had gotten away from us on account of the too good company. On my last day, Marguerite and I drove from the east to the west coasts around Auckland. It rained then cleared, so we could have an untrained view of the dramatic scenery of Auckland’s coastline. 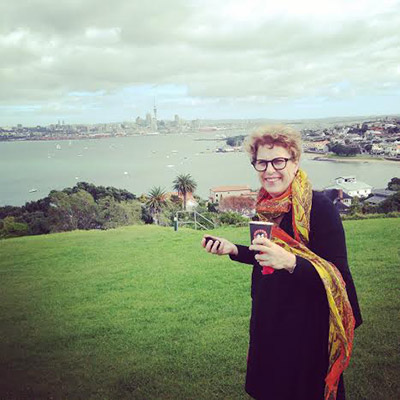 As I leave New Zealand I want to take a second to show my gratefulness of all that happened here.

The friends I made from all over the world and the Kiwis who welcomed me into their homes are the people who made my experience what it was. And as far as we all are from each other I sincerely hope that our paths will meet again one day. The world is a small place after all.

My stay in New Zealand was nothing short of spectacular. As I leave this country I am sending my love and appreciation to all those who I met, the university for allowing me this opportunity (probably the greatest one I’ll ever have) and the country of New Zealand for taking care of me and sharing with me such beauty. Goodbye New Zealand. I will be back soon enough. X