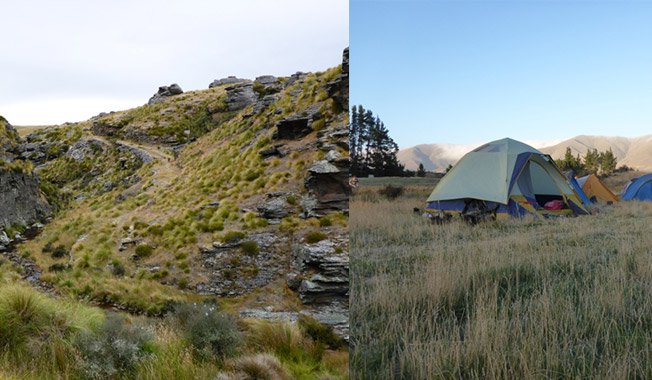 My First Blog from New Zealand

That means hello, and is something you’ll hear frequently in New Zealand. I found that out even before I left America to study abroad in Dunedin, New Zealand. That phrase started many emails I received during my preparation and planning, and now I’m the one using it to start communications.

I arrived in the country 5 months ago, and I look forward to the next 4.5 months of time I have here. I’m studying abroad for a full academic year, which has opened many opportunities for me that otherwise would not have been available to me.

I study Environmental Geology, so I was naturally drawn to New Zealand (pun not intended).

This country is geologically exciting because it sits right on top of a boundary between two tectonic plates, and it has drastically different geology from what I study back home in Pennsylvania.

I’ve taken two field classes here, and through them, I’ve gotten to explore old gold mines, camp on a sheep farm, and spend four days having class on beaches in the Catlins!

There is a myriad of different ecosystems all geographically close by, making it extraordinarily feasible to explore new places!

Not only is the geology new and fascinating here, but thereise a myriad of different ecosystems all geographically close by, making it extraordinarily feasible to explore new places!

Within walking distance from my “flat” (which is the New Zealand term for “apartment”) are areas with bush walks (hikes through jungle-like vegetation), pine forests, and beaches with tide pools and sea caves.

Taking a drive a few hours west takes you to the mountains in Fiordland, which I’ve had an opportunity to do as well. 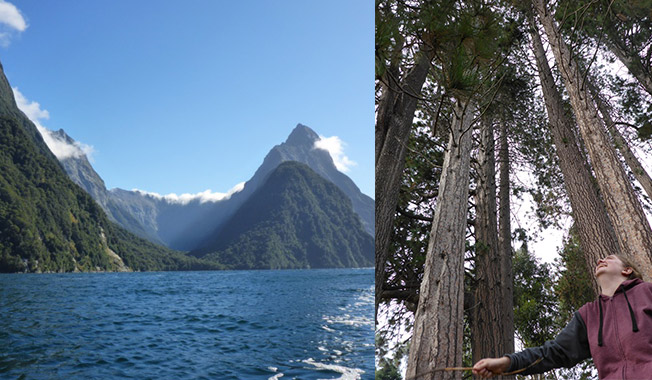 I have learned to love New Zealand’s special treats too, like lolly cake and tim-tams.

Even though I love exploring the wilderness both through class and on the weekends with friends, I have had just as much fun delving into the culture here too.

Coming from America to New Zealand, I haven’t had too much culture shock, but the largest area where I have been shocked is in the food.

Even items that are the same here taste different, like Oreos! My grandmother mailed me a package of American Oreos so I could directly compare them, and my two New Zealand flatmates sampled them with me (they agreed that the American ones are better!).

Their names are Beth and Matt, and they’ve become some of my good friends here, especially Beth. They’ve introduced me to lots of things about New Zealand, and it’s been great fun just figuring out all the subtle differences between our countries.

I have learned to love New Zealand’s special treats too, like lolly cake and tim-tams.

Beth and I have spent a lot of time exploring the city of Dunedin, and I am constantly reminded of how beautiful it is here. This city has some of the oldest buildings in New Zealand, but it is surrounded by hills so it is never far to take a day to escape in nature.

Another way I’ve experienced the culture of New Zealand is with my study abroad group called Bridge Connect Act (BCA).

Our site coordinator takes our group of nine Americans to volunteer on a sheep farm for a weekend and to spend another weekend with a Māori family.

The Māori people are the indigenous Polynesians of New Zealand, and even though they were severely mistreated by European settlers, their history is a kinder one that most others stories of European settlement.

Because of this, Māori culture has a strong influence in modern New Zealand, which is another reason I wanted to come here.

Sheep farming is also an iconic aspect of New Zealand, so both of these trips were a great way to get an in-depth look at life here.

Again I found that the differences were subtle. I almost feel like I’m in an alternate universe here because everything is similar but nothing is the same.

I’ve been lucky to have had my twin sister, Sherri, studying abroad here with me last semester, but she is back home in America now.

Even though I’m spending an academic year here, she only spent a semester here. It was tough to say goodbye to her, but I am glad to have the opportunity to spend time abroad on my own.

Since I’ve already been here for several months, I’ve settled in and have some good friends to spend the rest of my time here with.

I’ve dealt with homesickness and a bit of culture shock, so at this point, I’m eager and ready to really live up my time here for the next semester!