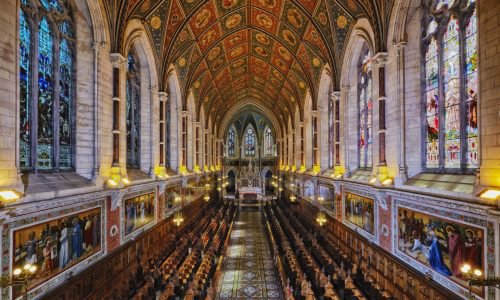 Silent M’s and Silent Nights: an ode to ‘Oments’

Lacey Marie Smith
Lacey Marie Smith is a graduate of Loyola Marymount University (LMU) where she majored Health and Human Sciences. A native of the Los Angeles area, Lacey is currently pursuing her Masters in Immunology and Global Health at Maynooth University. During college, she volunteered as a clinic assistant at the Venice Family Clinic, a clinic for low-income residents, and served as an emergency medical technician for LMU. She conducted research on waterborne illness in Thailand, work she continued on a year-long Global Health fellowship at St. Joseph’s Clinic in Thomassique, Haiti. Lacey is an alto/mezzo soprano and performed throughout college as part of the LMU Theater Program.
Facebook
Twitter
Pinterest
WhatsApp
Linkedin
Email
Print

“Where are my international students?”

Unable to escape the subsequent prodding and nudging by the giggling sopranos around me, I warily raise my hand. The director turns his attention to it, unfortunately and apparently the only hand in the room.

“And how did that feel?”

“Well,” I deliberate for a second, and then settle on the most candid version of the truth. “It felt bad.”

It did. It did feel bad. Like sloshing consonants around in my mouth while trying to add German inflection where German inflection was not asked for. To make matters worse, the hundred people around me seemed to be perfectly comfortable simply accepting silent “M”s. This was startling.  I pondered moral relativism while packing away my sheet music and tying myself together with my scarf.

My first true introduction into the Irish language was singing “Oíche Chiúin” (also known as “Silent Night”) in rehearsal with the Maynooth University Choral Society. As a science-based Master’s student, I was unsure as to whether I could be involved musically at Maynooth. But you can. I can. Spectacularly, anyone can. As the society is open to members of the community, I have had the privilege of simultaneously sitting next to a woman celebrating her 80th year of life, and a woman just beginning her first-year at University.

And oddly, although there is nothing comparable to learning the immaculate lifts and sharing in the four-part, powerful conversation that is Handel’s Messiah, my favorite part about choir is when we all first arrive each week for rehearsal.

In a drafty hall on South Campus, we sit side by side. References to the weather and how are yous and opinions on the new lights by Carton House fill the empty spaces. A cocker spaniel that bewilderingly adores the vet intertwined with a Father Ted anecdote, a new “maths” professor from Wexford, the upcoming Late Late Toy Show, and this week’s heinous second-year music theory assignment weave their ways in and out of conversation. The row of women who sit behind me religiously comment on the comfort level of the chairs.

I can’t tell you why, exactly, this is my favorite part, but I can say that it all adds up. These interactions seem passing and fleeting but they somehow seem to foreshadow the togetherness, the meaningful collaboration, to come. I love having the opportunity to be a part of that, in this culture and this place.

So, I return home and print out “Ee’ha k’u’in”:  the non-Irish persons way to learn Silent Night (mercifully and phonetically explained by the online Celtic Arts Center). I coerce my fellow Immunology classmates into correcting my pronunciation after tutorials. I get on board with the notion that “mh” is actually a “v” sound. And, after an existential crisis and some internal, ethical debate, I agree to respect the silent “M”.

Our Christmas Concert takes place in the College Chapel. Near the end of the performance, the entire congregation is asked to stand and sing together. There is a moment, when the organ begins to play, and I am overwhelmed by goosebumps and chills because this is Oíche Chiúin, and I know it.

And even though I know it differently than so many other people in this room, who have grown up singing it each year, it makes me feel something like a mixture of warmth and belonging. These moments add up. They fill the days, and make weeks, and comprise years, and I love having the opportunity to be a part of this––filling my days with these moments of togetherness, in this Irish place. 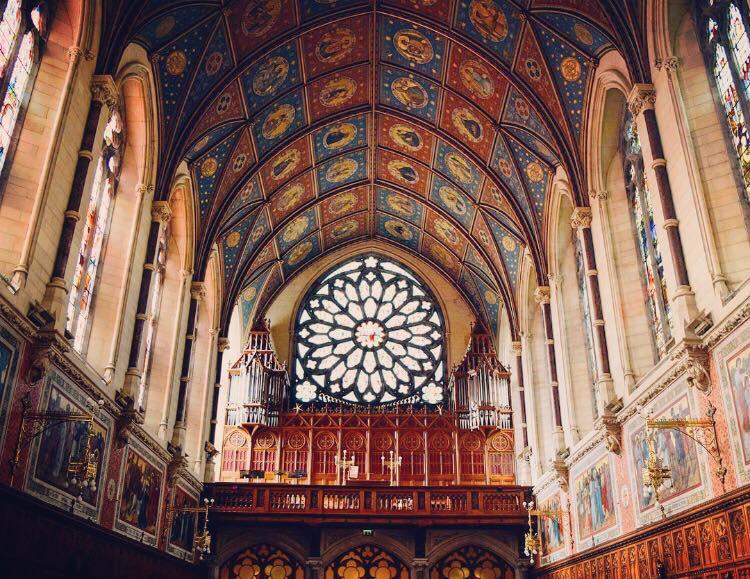 Previous articlePrepare for a World-Changing Career
Next articleReminiscing About January