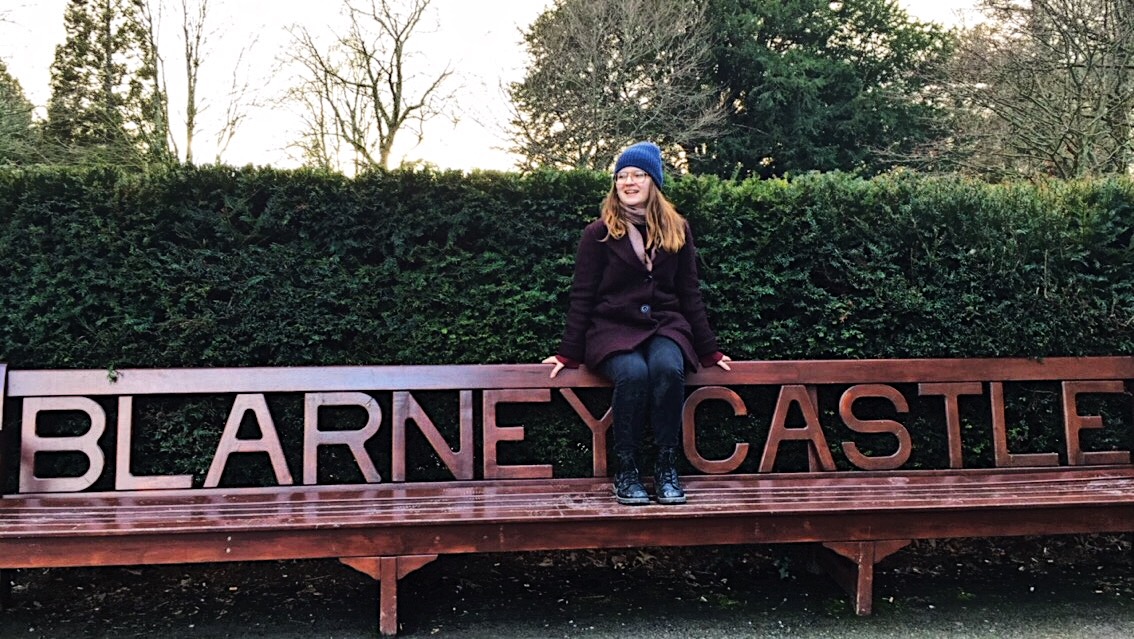 Reaching the midpoint of my last semester here in Ireland, I’ve found myself becoming increasingly appreciative of my surroundings. While I’ve been cautious to never take a moment for granted, I’ve become hyper-attentive to my environment.

I’ve come to find that I love everything about Ireland; my heart aches thinking of leaving the lush green landscape, the air that always has a bite to it, the rain clouds that never quite leave. This country is truly one of magic, and I understand why so many writers described it as a home for fairies and other mythical creatures. (Though I’m not so sure about the mythical part anymore. It’s kind of hard to live here and not believe in magic.)

My friend Nathalie and I went to visit Blarney Castle last month, and the existence of magic has never been more real or apparent. Blarney Castle is a medieval stronghold in Cork, dating back to the 1200s. It’s most famously home to the Blarney Stone, which thousands of people from around the world flock to kiss in the hopes of obtaining the gift of the gab (eloquence). There are many myths regarding the stone, involving goddesses and witches, but they all involve the stone being placed at Blarney and people kissing it to gain the power of flattery.

To get the stone, you must enter the castle and climb its many many stairs to the top. Along the way, you can enter each room and read what it was once used for. Once you reach the top of the castle, it’s open to the sky, and you make your way to the left where two workers wait to assist you.

Hanging backwards and kissing the stone

You lay down on a mat placed on the edge of the structure, and one of the workers puts their arm around you to support your back and keep you from falling off. Then you tilt your head as far back as you can, hanging backwards halfway off the castle, and stretch until you can reach the stone and kiss it. Being terrified of heights, I was basically screaming the whole time I did it and was shaking for a good ten minutes after. (And to think people used to do this without someone holding onto them!)

That witch herself is said to be trapped in a stone on the grounds of Blarney, and she is only freed from it at night, where she retreats to her cave to try to light a fire to keep herself warm in the cold night. It’s even said that if you walk up and down the Wishing Steps next to the waterfall, the witch will have to grant your wish. (I personally did not partake in this, because I didn’t fancy being in debt to a witch under any circumstance.)

Was that a faerie?

There’s a faerie glen complete with little houses for the mischievous creatures, and one was specifically for leaving them gifts. I left a shiny coin, and Nat gifted them her hair tie. In the glen, we came across a black and white cat who led us on a goose chase before disappearing into thin air, and nothing you could tell me would convince me that she wasn’t a faerie.

It was a day beautifully spent, and one of my favourite things to do is explore Ireland. While I love visiting other countries as much as I can, there’s something so beautiful and mystical about the weekends I get to spend somewhere in Ireland, soaking up the majesty and greenery of such an incredible place. Ireland is without a doubt my home away from home.