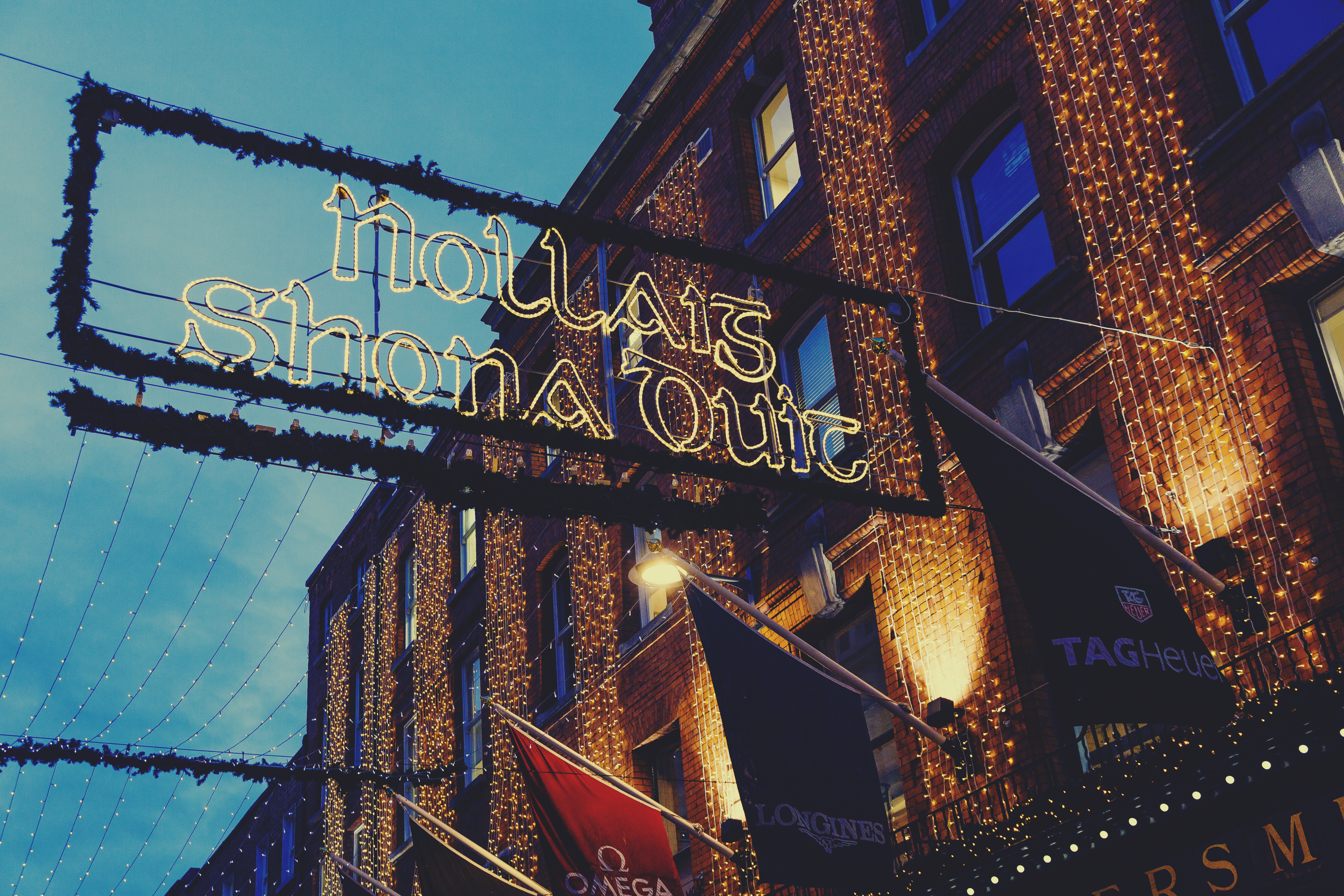 Christmas and the associated revelry is a distant memory and the icy blanket of winter that carpeted Ireland, a welcome one.

I was down the country with Aunts and Uncles in Roscommon where nothing much happens and that’s the refreshing and best thing about the place.

As a family we ate, we drank and we talked and we lounged. It sounds great and it was but I’m glad Christmas only comes once a year. That sort of concentrated effortlessness is hard work. It really is such an effort for just one or two days. Life doesn’t stop; as quickly as a blink I found myself in the car on the way back up to the ‘big smoke’ that is Dublin. I realised on the way back that time creeps steadily, stealthily and surprisingly quickly towards the ultimate end… final exams.

First day back and the only thing that I could think about as I walked through the front arch for the first time in about a month was the fact that my 10,000-word literature review was due at 5 pm.

No matter how well prepared you are, such an imposing deadline can only loom ominously over the shoulder and there’s nothing quite like the relief felt when the final completed document, bound and covered is taken from your hand.

The only problem is that being final year, it’s a matter of handing one in and turning around to see another in the corner watching and waiting for attention. My project is coming along very nicely and importantly the results indicate interesting findings worthy of a proper paper in a science journal.

My thesis is due on the 22nd of March, which will, of course, come too quickly.

So, with this in mind, I have begun writing it with focused concentration, the likes of which isn’t really understood until the final year. With effort, everything will be all right.

I’ll commit a night after that deadline to merriment but the spectre of finals will await me the morning after. Six weeks of unadulterated study with six exams in mind.

It’s mad how everything comes down to three or four months of concentrated effort.

I haven’t been out in Dublin in a while and I think it’s important to ensure you don’t self-impose a totally one-sided ban on fun. Everything in life as far as I can gather requires balance; an intelligent moderation and controlling of the things we need to do with the things we would rather be doing.

I’ve known international students, free from the glaring eyes of parents go too far one way and not far enough the other.

The line is a blurry one; it’s important to find out where it is in the sand and note which side you stand on.

So with this in mind, I might head out for a cheeky pint or two this evening. I think I deserve it, especially knowing what’s to come. Any takers?

No Such Thing as the Winter Blues

Previous articleNo Such Thing as the Winter Blues
Next articleDone, Dusted and Tired