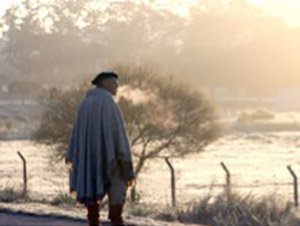 Caught Up by the Coast

Felipe Ventura Vargas
Felipe has travelled all the way from the south of Brazil to study Physics with Astrophysics at the NUI, Maynooth.
Facebook
Twitter
Pinterest
WhatsApp
Linkedin
Email
Print

My name is Felipe Ventura Vargas, I am a Physics student from Brazil, and here in Ireland, I will be studying Astrophysics for one year, which is the area I want to focus on for my career.  I come from the south of Brazil, from a state called Rio Grande do Sul, which means “Big River from the South”. As few people know, my region in Brazil is cold in the winter, not extremely cold, but cold enough to escape from the many stereotypes that my country has!

My father was a sailor and as a result, I love travelling! The opportunity of studying abroad came when the Brazilian government offered a scholarship to those who achieve good scores in a national exam to enter in Brazilian universities. It was a dream coming true!

I will always remember the morning in which I received the e-mail asking me to choose a country to travel abroad to. The night before I was just imagining how amazing it would be to go to Ireland! I used to listen to traditional Irish music at home even before I received the opportunity to come here; I always thought that the Irish Celtic culture was simply beautiful!

Even though I found an environment that is much more international than Celtic, Ireland still has the charm of green areas and the coast that can be discovered by travelling by train – a luxury that we do not have in Brazil. Definitely, the coast caught me up! I still want to get deeply involved in my studies and maybe do my post-graduation in Ireland just to be close to this amazing coast! Who knows?

Previous articleWho Am I and Where Am I from?
Next articleSo, What Made You Choose Ireland?