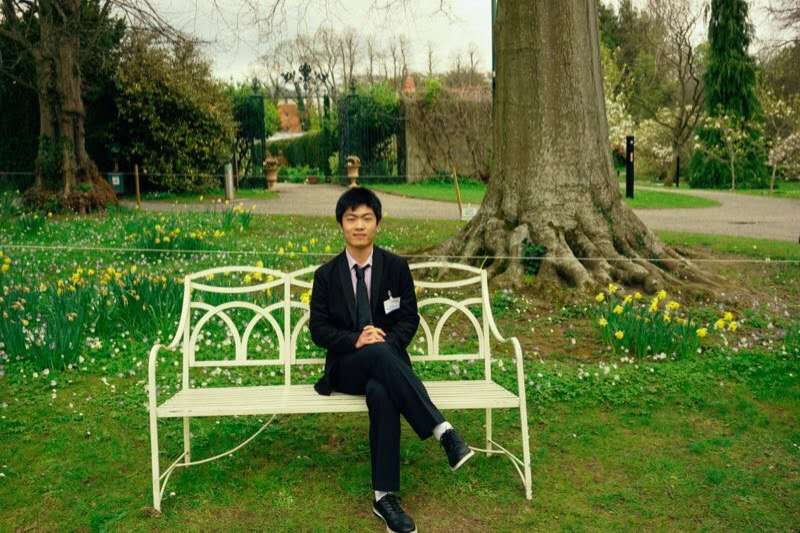 Yufei Huo
I come from china and I live on campus at Maynooth, study accounting for my master degree. I enjoy reading, swimming, socializing with friends and touring etc. I am an honest easy-going guy and I like to make friends - the more the better!
Facebook
Twitter
Pinterest
WhatsApp
Linkedin
Email
Print

Time flies by quickly, my first academic year is going to end, and when I look back, there are really many cherished memories to last a lifetime. Here in Maynooth University, I not only made loads of good friends, but also got prestigious academic achievements, and all of those will become an invaluable treasure for my whole life.

The Education in Ireland Awards Ceremony

This semester I had the honour to attend Education in Ireland International Student Ambassador Awards Ceremony, and also Education of Ireland Government Scholarship Award Ceremony, which was held at the same time. As one of the award winners, I was invited to Farmleigh House where the grand award ceremony took place. After all, this was my first time to attend such a prestigious event, I felt quite honoured and lucky enough. I never thought before I could have such a chance to visit the Irish official state guest house, not to mention I got such a scholarship, so of course, I felt quite excited.

How I got my scholarship

Perhaps it’s just because I opted Maynooth University as my top choice so that I could have such an opportunity to apply for this Scholarship and even win it. Before I moved to Ireland, I got an email from Maynooth University saying I have a chance to win a scholarship if I submit a personal statement about how to be a student ambassador and promote Irish university like Maynooth University in China. When I received the email, I felt a bit surprised, and I attached great importance to it. I have researched lots of background information, and added much of my personal idea integrating many Chinese characters to finalize this personal statement., and finally it turned out to be a successful one, so I’d like to thank Maynooth University for giving me such a great chance! 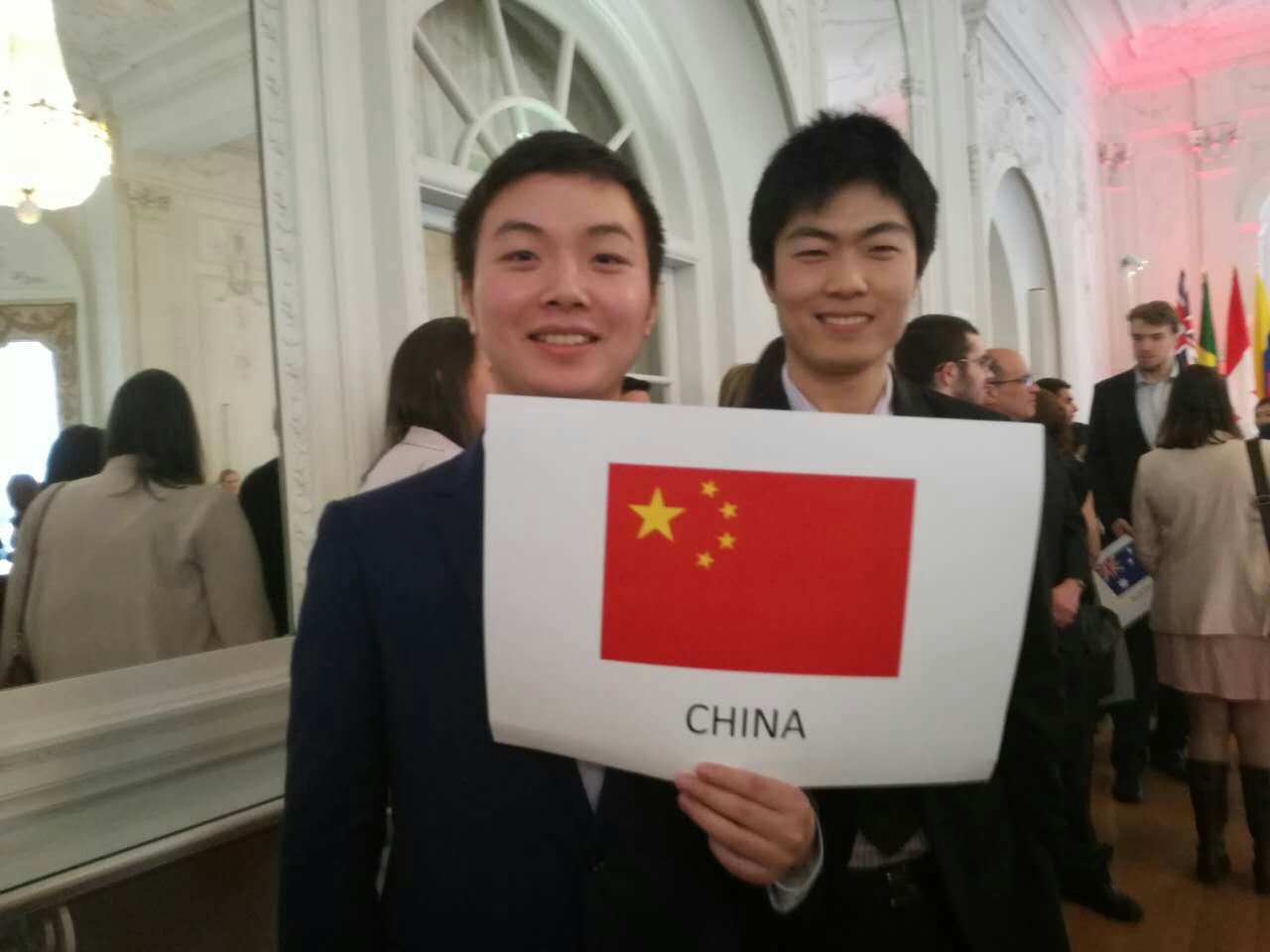 The ceremony was held on the 10th of April, and I wore the suit that I already prepared for the event. I have never been to Farmleigh House before, so it actually took me some time before I found it. By the time I walked into the place, I was attracted by the beauty of the landscape. I could see several cattle grazed on the meadowland in the distance, the garden was elaborately trimmed, lush vegetation was everywhere, and magnificent Farmleigh House was just in the middle of the park, all of those formed a really nice picture! 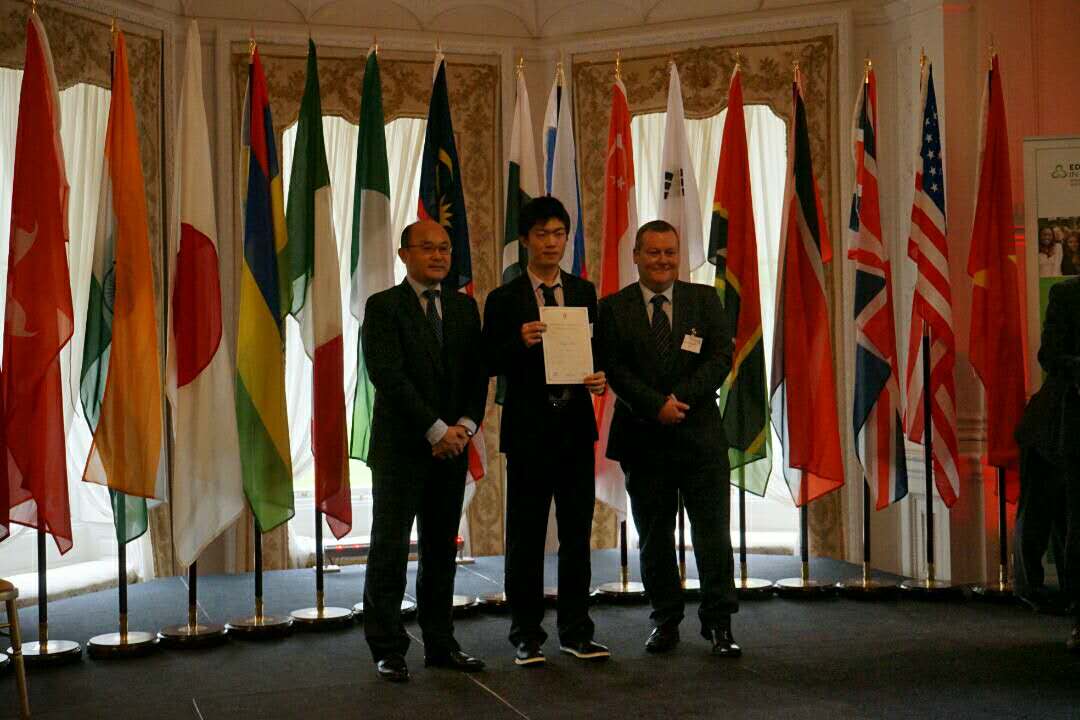 When I stepped into the house, the enthusiastic receptionist just came up and led me to the hall where many award winners were chatting, and photographing, so I just joined everyone and chatted with people too, and also I made many new friends there. By the way, I have visited Farmleigh House – it’s very luxurious, I was marvelled by its ornaments. All the interiors were well decorated, and fine artworks hung everywhere. After a while, the Minister of Education and Skills Richard Bruton arrived, and he approached the crowds and took group photos with the award winners. After that, he made an excellent speech in front of people and welcomed the coming of international award winners, everyone at the time was delighted. 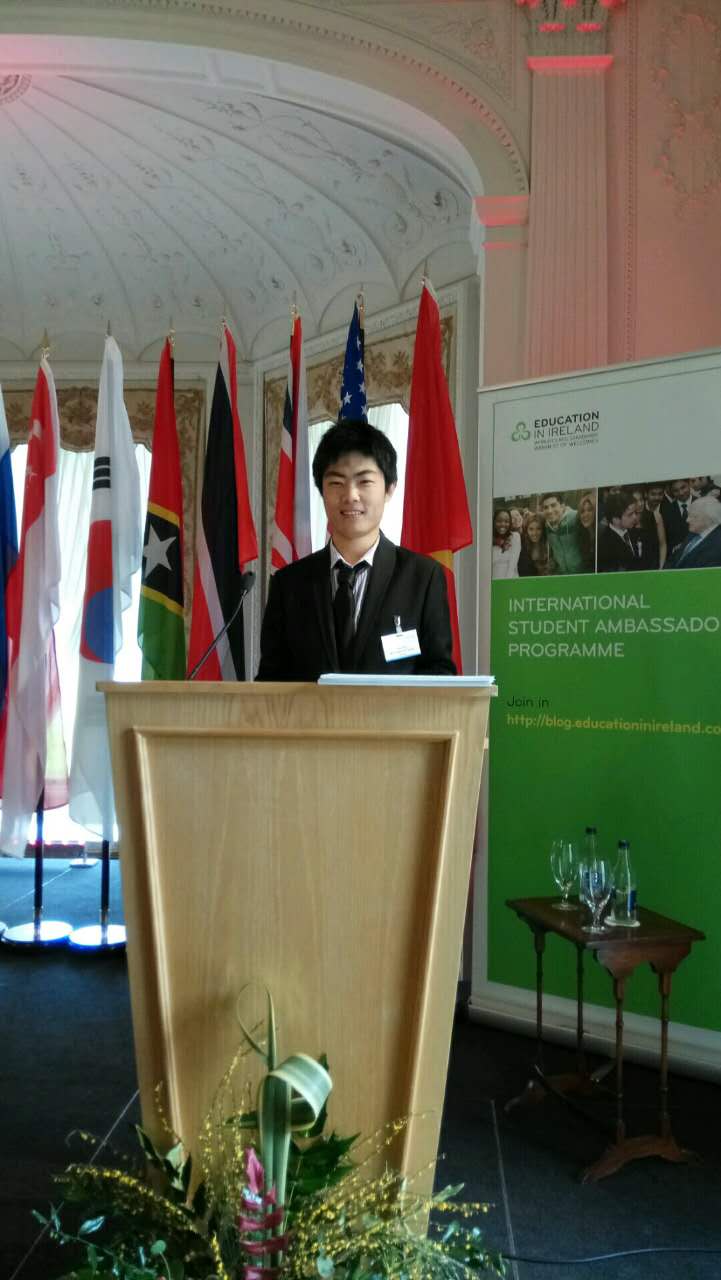 Following that, the award ceremony started. Every winner was called up to the front to accept the award certificate and also photographed with the representative of the embassy and Chief Executive in Higher Education Authority. All award winners felt quite honored and privileged, of course I felt the same too, and took a lot of photos. It lasted about half an hour until it finished, after that we just walked around and met new friends and chatted a bit. The organizer was very considerate, providing many refreshments and beverages for us. It was very delicious.

After a while, several buses came in and took us to the Church Restaurant, which was the last part of all the event, having a nice meal with award winners together and sharing our joy with each other. It was really fantastic! I think this event will become one of the most prestigious moments in my life, and I’ll enshrine this memory in the deep bottom of my heart forever! 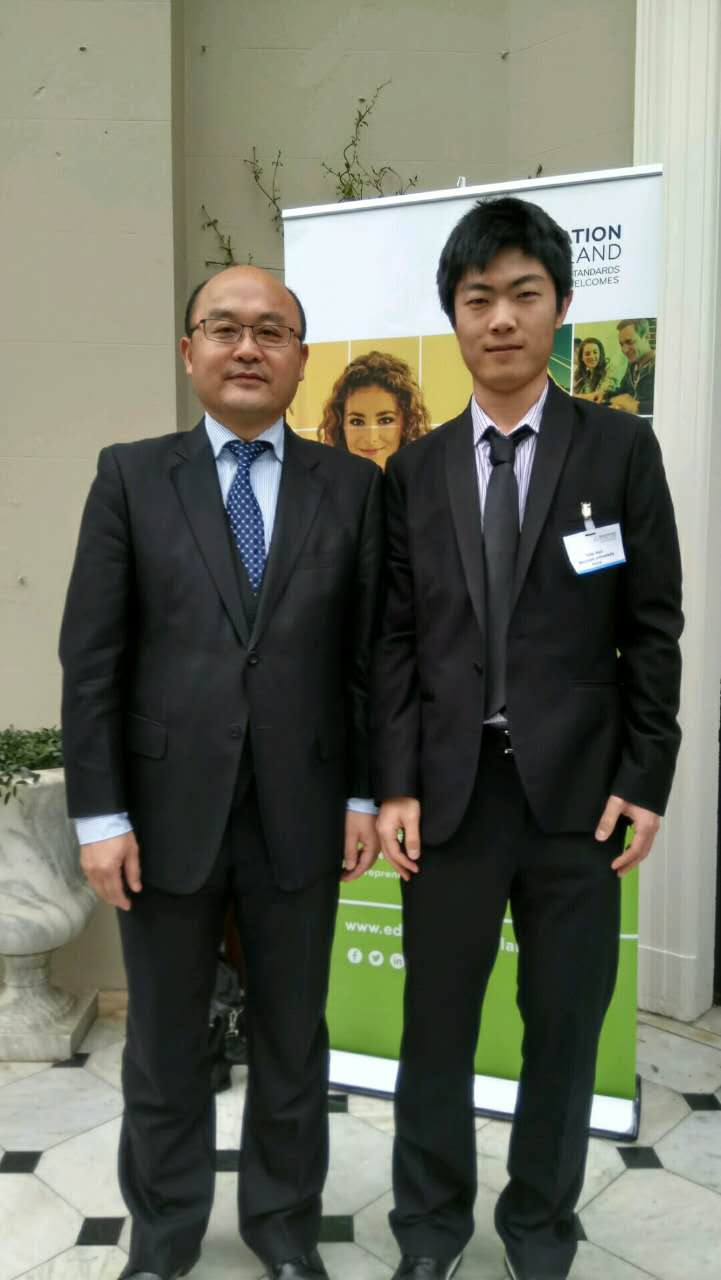 Cliffs of Moher and Limerick