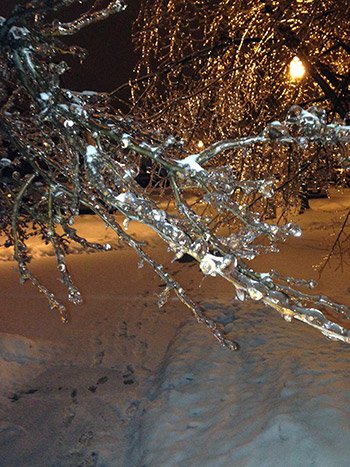 It gets hard to take a walk in a winter wonderland when the streets and sidewalks are covered in up to 30mm of ice.

In some parts of Ontario, the roads were so iced that children took to ice skating in the street. The ice was so thick on my car that I had to chisel it off rather than scrape it.

Now that all sounds fun, but what the ice did to the trees made going out dangerous. It split some trees right in two under the weight of the ice.

When It Rains, It Pours

You might think a little ice isn’t really a thing to worry about, and you’d be right, but in this case, it wasn’t just a little.

When the ice caused the trees to break, they fell over and in this instance, they fell onto the power lines. All across the Greater Toronto Area, the bright blue flashes of exploding transformers could be seen in the distance. During the summer you’d just open the windows to cool off, but if you don’t have a fireplace you aren’t about to light a fire to stay warm. It doesn’t help that the sun sets around 5 o’clock. You had to grab your flashlights and bunker down for the long haul as some predictions put power out for homes for up to 3 days. 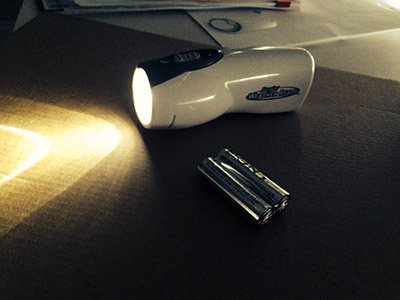 At Last… A Light in the Dark

For me the power came back within 24 hours, meaning the tree could be lit on Christmas Day.

Adding to the gift already blown in by the winds of fortune it started snowing. Some of you might be thinking, “Snow on Christmas? What is so special about that?” It was my first experience of a truly white Christmas and can I just say that I was in no way disappointed.