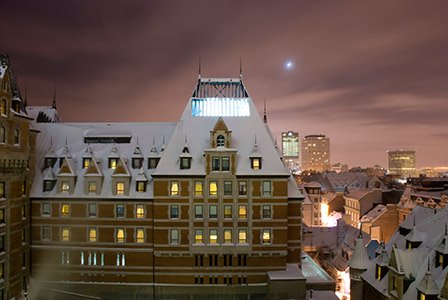 A gleam of morning sunlight across the mountains, vast green pastures with giant windmills, and a skein of geese fluttering around in the clear blue skies. This is what I dreamt about on the day that I found out that the doors to Canada were wide open for me.

Just a few days before New year’s eve 2012, I received the news I had longed for – I was going to further my education abroad.

It all began with just a whim to do something which would make me and my parents happy.

I grew up in a family of four with a silver spoon. My parents always wanted to give me the best education at the best institutions, and this is where it ended with a BANG!!

I wanted to leave for good, all alone with a bag full of goodies and a few clothes. At that moment, I knew that I was marching towards an entirely different walk of life. I was going to have a tryst with destiny.

With watery eyes and a heavy heart, I bid adieu to my mum, dad and brother who were there at the airport eagerly awaiting my boarding call. Yes, they wanted to get rid of me! I have always been very attached to them and never wanted to leave home. And I knew that here onwards, the next few steps that I stride would land me at a “kingdom, which was far-far away” (Yes, I can recall the movie Shrek).

I grew up experiencing sweltering heat for more than eight months a year followed by just a fourth-month, snowless winter.

As my flight landed in Canada, I saw the entire landmass covered in snow.

On a regular chilly day, I would be sitting on my couch with a mug of hot chocolate and a bestseller, hearing the squeaking noises of my guinea pigs in the background… And here I was now, dragging 90 kilos of baggage, trying to find someone to help me with directions on a -14 degrees day. Torture it was!!

I felt tired and jetlagged after a 16-hour flight – air travel has always made me uncomfortable. I somehow managed to call my mom and when I did, I could sense her quivering and her inner voice wanting me to come back. She was already missing me.

Previous articleThe Biggest Day of My Life
Next articleFamily Visit