For those who haven’t read my last post, I just want to tell you that I’m pretty much writing down what’s on my mind which I think they’re mostly nonsense, but read anyway, it might get interesting.

So, this Friday, I went to CNE (Canadian National Exhibition, also known as The Ex) in Toronto with my co-workers. It was A-MAZING! 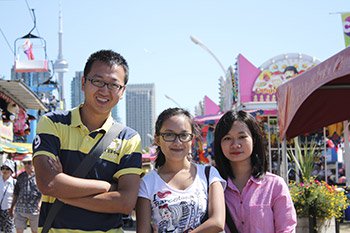 As soon as I set my foot in, I literally ran into one of the booths like a little girl. Well, how could I not?!!

The game booths were tempting and the prices were big! And pretty too! How could someone resist something like that? Also, I’m a big fan of rides and of course, foods and sweets! I know it’s just the usual carnival foods and sweets, but have you tasted an Apple Caramel? It’s the second best thing about The Ex! The first one had got to be the Toronto view from here is one of the greatest views I’ve ever seen. 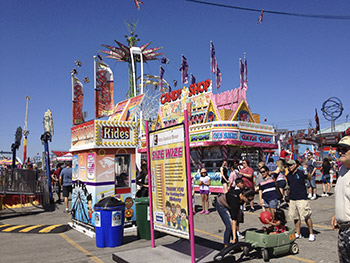 This was actually my second time going to The Ex and it still took my breath away. The foods, the rides, the games, the shows, they were all great. I’m the type of person that likes to be surrounded by crowd. It makes me feel independent. It’s like you’re by yourself, but you’re not alone.

Though there were two strange feelings that I felt when I was there. One of them was that feelings when you’re in a movie, like someone is watching your life as if it’s the most interesting thing in the world. Yeah, it’s kind of weird, but I loved it. 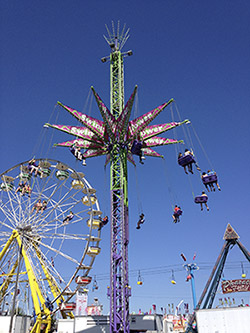 The other feeling was relief. For a moment, my exhaustion from work and my anxiety about school disappeared. There’s just me and my time being there. It made me realize that it doesn’t matter how hard it is going to be. All I have to do is face it one by one, day by day.

At the end of the day, I have all the things that matter. I still have the same dreams and I’m still me. I’m tough. I don’t break easy. Everything’s going to be alright. This is a good life. 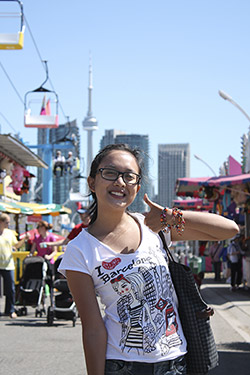