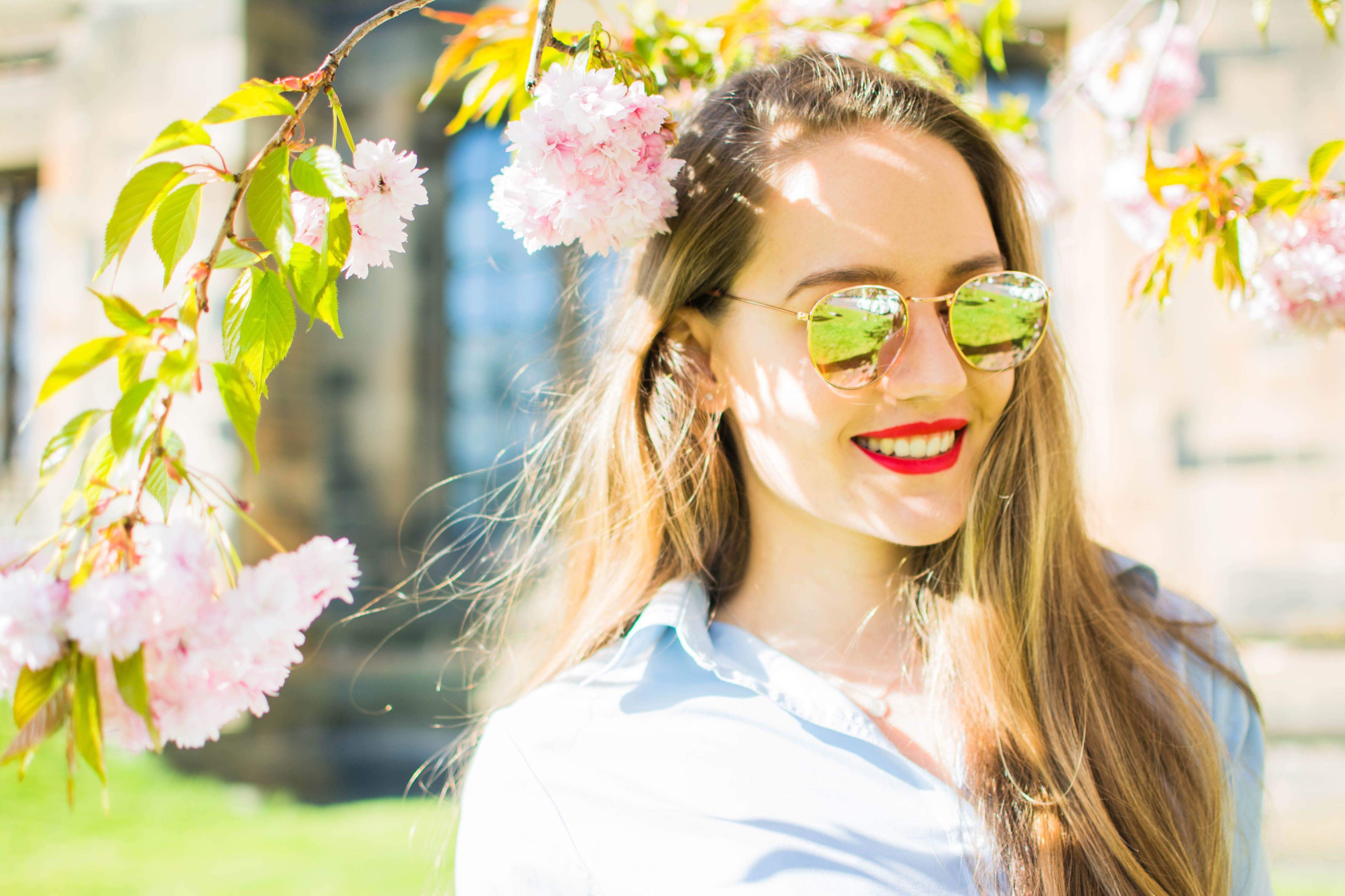 In this post, I would like to talk about my personal experience from going abroad as well as some of its pros and cons. One day I woke up and decided to go to study abroad. I got accepted at Glasgow University and became the president of the USA and lived happily ever after. The End.

Well, here’s the full story: To go or not to go?

As the title suggests, it’s never easy to decide. For me, making the decision of whether to leave home or not was incredibly hard. Actually, it was one of the most demanding decisions I’ve ever made. I just wasn’t really sure what I wanted. On one hand, I desired to stay at home (meaning the Czech Republic) and be with my loved ones, but on the other, studying abroad has always been one of my dreams.

I nearly ended up staying at home, but as you can see, eventually I did go. I won’t lie, I was scared to death and it seemed unreachable for me to go away on my own. However, no great things ever came out of the comfort zone and I thought if not now, then when? The later the worse and harder the adaptation (and personal growth in general) is.

So, I guess I’ll start chronologically from the beginning when I finished high school. I went to Jazykove Gymnazium Pavla Tigrida, which is a high school mainly focused on foreign languages. Apart from that, I’ve also been into sports and becoming a trainer seemed like a great idea at that time. So, right after my final examination, I went to study that dreamy subject P.E. at Palacky University. 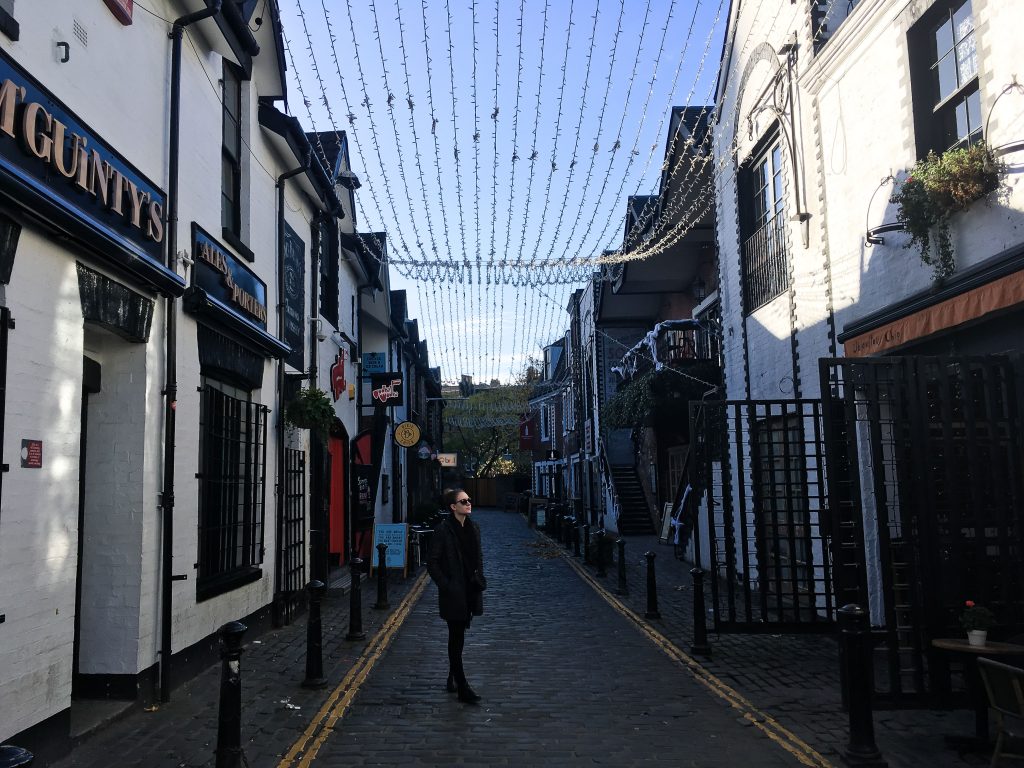 I felt super excited to be studying with all those sports people, yet soon I discovered that I had been starry-eyed. I found most of the subjects arbitrary and did not enjoy them at all. I know it’s partially my fault as I should have read the information about the course more carefully, but still… whatever, too late.

My decision to study in Scotland

After 2 months, I was already considering changing the course. Which course though? English? Spanish? What If I wasn’t satisfied again? What’s the point of studying a language in my home country? Anyway, around that time, I was chatting with a high school friend of mine, who has gone abroad to study in Edinburgh, Scotland.

She’d told me all these great stories, about the level of education there (which I wasn’t really satisfied within my home country) and again, I got really thrilled and inspired. As far as I remember we got a couple of Skype calls (when I was that incredibly annoying friend who asked like millions of question, poor her, I’m sorry) and then I made my final decision to go abroad. 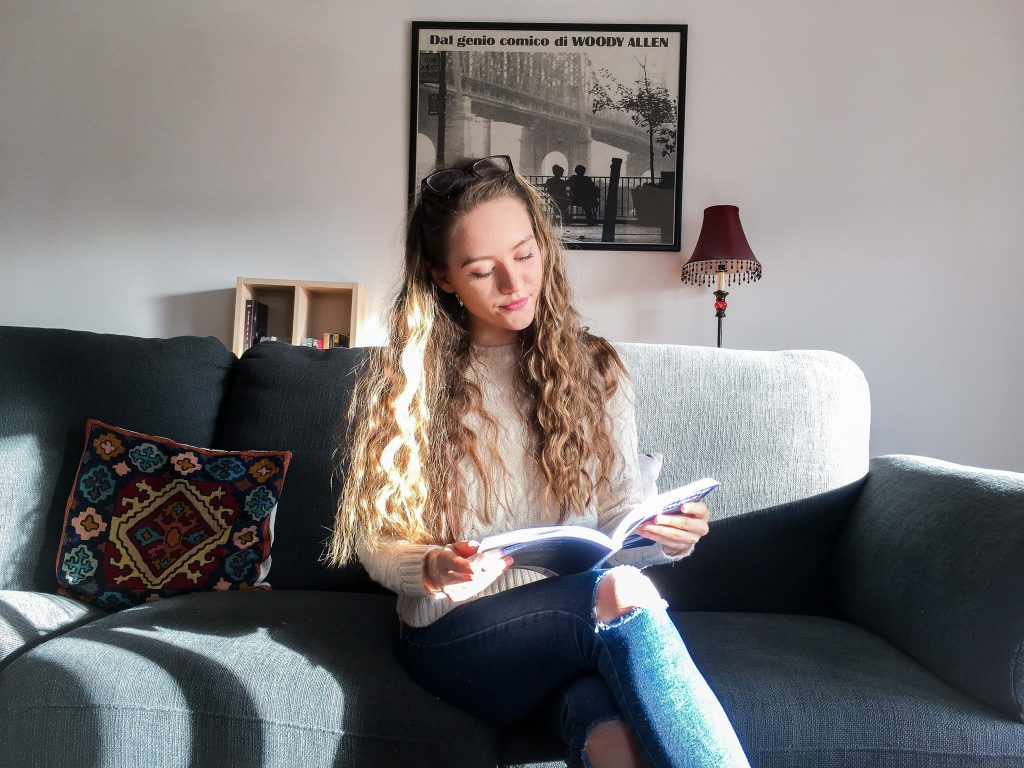 Fortunately, telling my family wasn’t that tough, because they were supportive, although they didn’t fancy the idea of me being thousands of kilometres away from them and alone. Trust me, I didn’t like it either. Everything went well, I got accepted at Glasgow University and the adventure has started! Erm…not quite yet. It was spring and I was still stuck at home.

The Responsibility of Being Independent

In order to be able to go, I had to save up some money, to pay for the flight ticket, deposit, rent, food, some stuff….etc. For me, a good way to earn some money was via teaching English in our local language school, where I was already working since I was 18. I was doing something that I enjoy and I got paid for it. Win-win.

However, going abroad doesn’t only mean enjoying the student’s life as you see and secretly dream of in American films. It also means responsibility and dedication. You must become independent. Leave your home, family and friends. It requires becoming financially independent as well (though I can’t say my parents don’t support me a little). It involves going to a place where you literally know no one. All that by yourself. 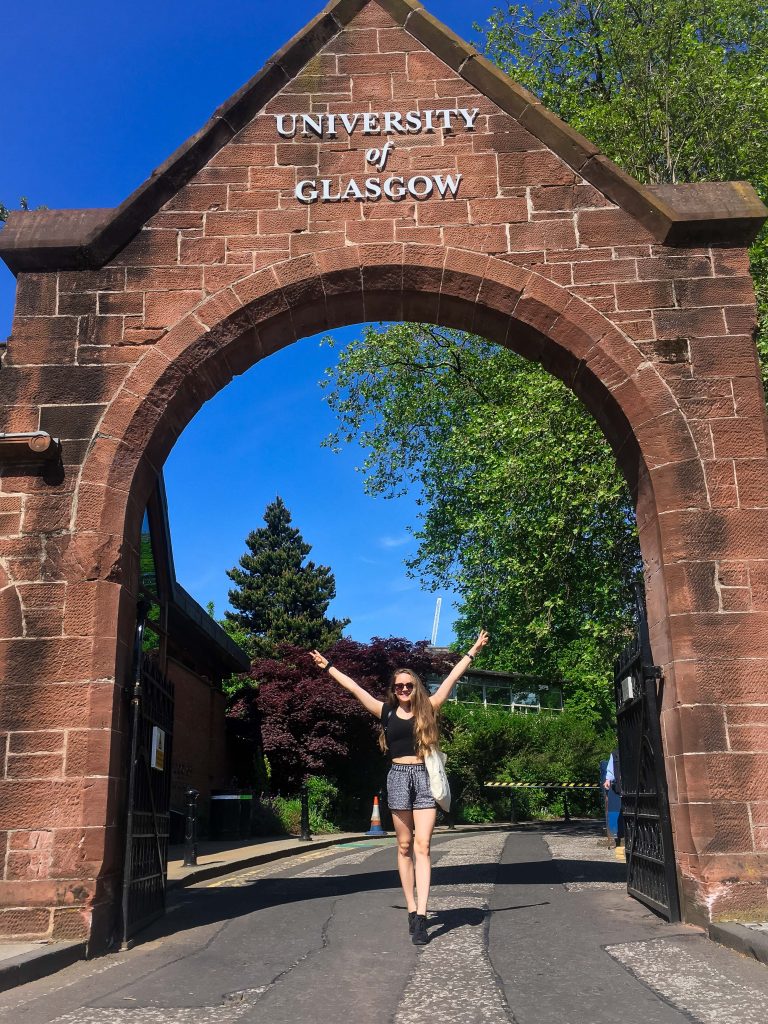 Later in summer, I became doubtful about myself. I was already planning to stay at home and trash all the effort. I was very indecisive. One day I would wake up and be ready to go and the other I’d just want to stay lying in my bed. Stay with my parents forever. Luckily enough, in the end, I concluded that I should go. It was a huge challenge and besides, I thought I should not waste all my effort and the chance which had been offered to me. We’re living in the 21st century when liberty is taken for granted.

The University of Glasgow

We’re so lucky to be free to travel and I believe that we should make use of it. On top of that, all the magical videos, pictures and comments about UofG, the fascinating stories of students and graduates have attracted me even more. After all, who wouldn’t like to be Harry Potter? So, after all those years, at the age of 20, I finally made it to Hogwarts! 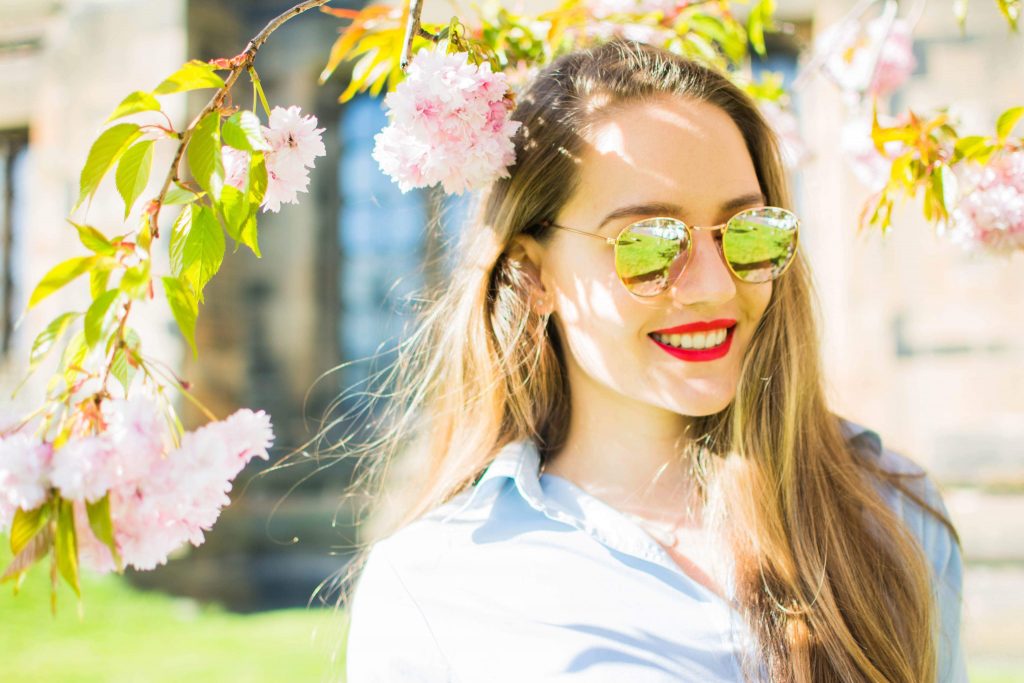 I must admit that I have genuinely enjoyed the first year at Glasgow Uni as a fresher. The most important feature for a student is definitely the attitude of the university and the educational system itself. I discovered that the Scottish educational system suits me very well….especially the 4 months of holidays. As for the attitude of the staff, professors and basically everyone I have encountered, it is beyond friendly.

They’ve always been there for me, for all my unnecessary queries and comments and I’m truly thankful for that (special thanks to my advisor team who had to change my course like millions of times – yes, at UofG you can slightly change the course you’re studying throughout the year, which is a great advantage for those indecisive people like me).

Professors should educate you, help you and motivate you. They should never look down on you or make you hate the subject. Unfortunately, from my own experience, that’s not the way it works at most educational places. The difference, which I have observed, is the relationship between professors and students. Even though they do respect each other, the relationship is more like between friends. Thanks to that, I found talking to professors more accessible and relaxed. That’s the way it should be. So, standing ovation for UofG! 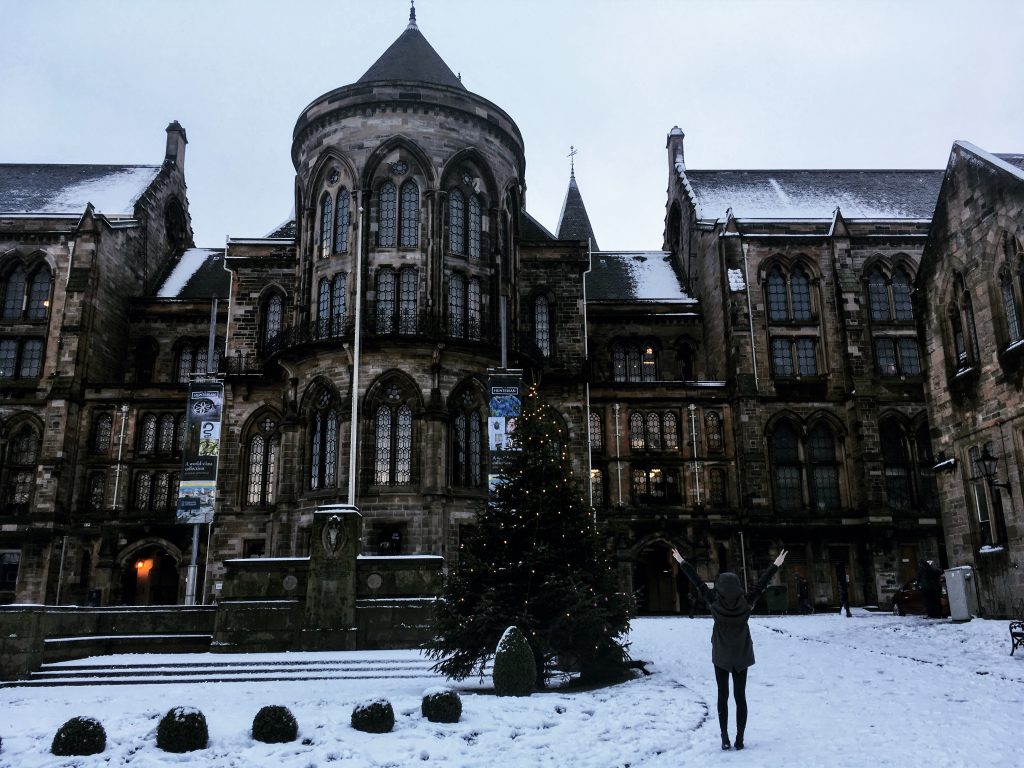 To conclude, I’d recommend everyone to go and study abroad. Studying abroad itself is a very pleasant phase of one’s life. Nevertheless, it’s not only about that. As I have already mentioned, you’ll have to leave your home, family, friends, comfort zone, move and probably get a job, where you’ll spend even more time than at uni (if you’re not one of those rich kids).

A good piece of advice for anyone who’s thinking about going abroad is… just go! Whether it’s being a foreign student or just going on Erasmus, do it. It’s an unforgettable experience that no books or lectures will ever give you. Before you go though, you should definitely ask yourself, are you ready?

This article was initially published on this website by Veronika Lusovska.