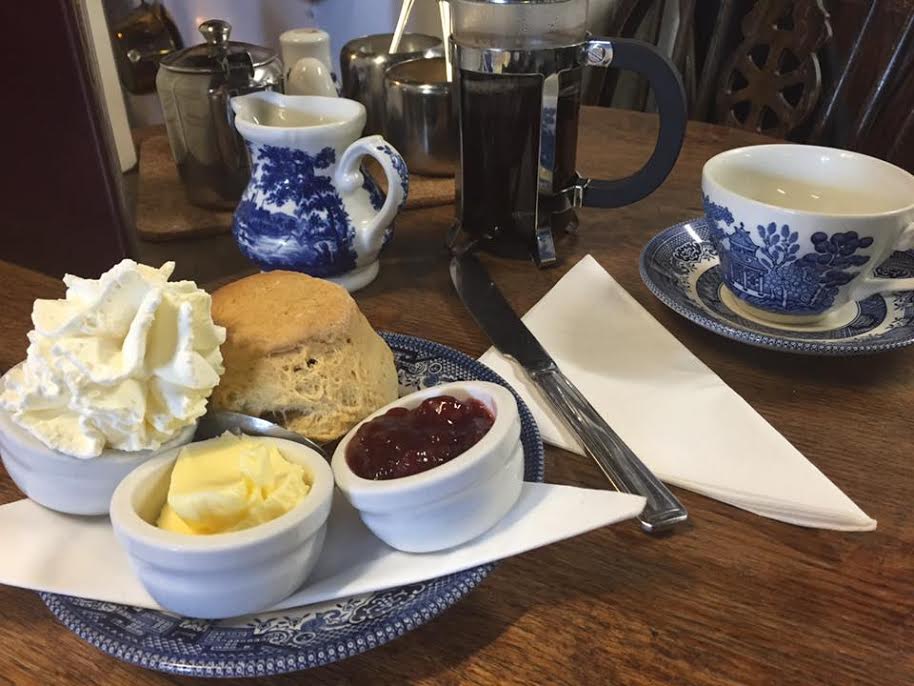 After having spent 4 years of my life studying in the UK, firstly in Bangor University, Wales and then at the University of York, I wanted to pass on a few words of wisdom to those international students about to start their adventures studying in the UK.

1. If you are from an English-speaking country, it is best to agree with the locals that you do NOT, in fact, speak English but DO in fact speak American, Canadian, Australian etc…

You will learn quickly that when confronted with a colloquial difference, such as calling the sidewalk a sidewalk and not the “pavement,” that you will be told you are not speaking English properly. My first instinct when this would happen to me was to argue back and tell my friends that whatever word I had just used was more descriptive than the “English” one. I would conclude, therefore that I had made an improvement to the English lexicon. DO. NOT. REPEAT. MY. MISTAKES.

2. When times get rough and exam stress gets high… make a cup of tea

There is nothing like a good brew to calm even the most savage of local folk. Just make sure you know how your friend/roommate/professor/boyfriend takes their tea! Observe closely how long they keep the bag in, whether they put the milk in first (MIF) or after (TIF), and whether they take sugar. Familiarize yourself with different brands of tea, and be prepared to speak passionately about Tetley’s, The PG Tips monkey, Yorkshire Tea (if you live in “The North”) and make sure you know how to pronounce Twinings correctly. (It rhymes with whining not swimming).

3. Listen to BBC Radio 1 until you can name all the presenters off by heart

I learned this helpful tip a little too late and having been at uni when the BBC Radio 1 Big Weekend festival came to town, I’m so sad I missed out on meeting some of my (now) favourite presenters due to my ignorance! Besides hearing some of the latest and greatest new British musicians (which in my opinion are better than the ones we have in the US by a LONGGG shot) you’ll get a good sense of general British pop culture. Don’t know who Alan Titchmarsh, Jade Goody, Gary Barlow Sir Alan Sugar, or Mr Blobby is? Listening to BBC Radio 1 and Googling the names of people you don’t recognize is going to help your game tremendously. 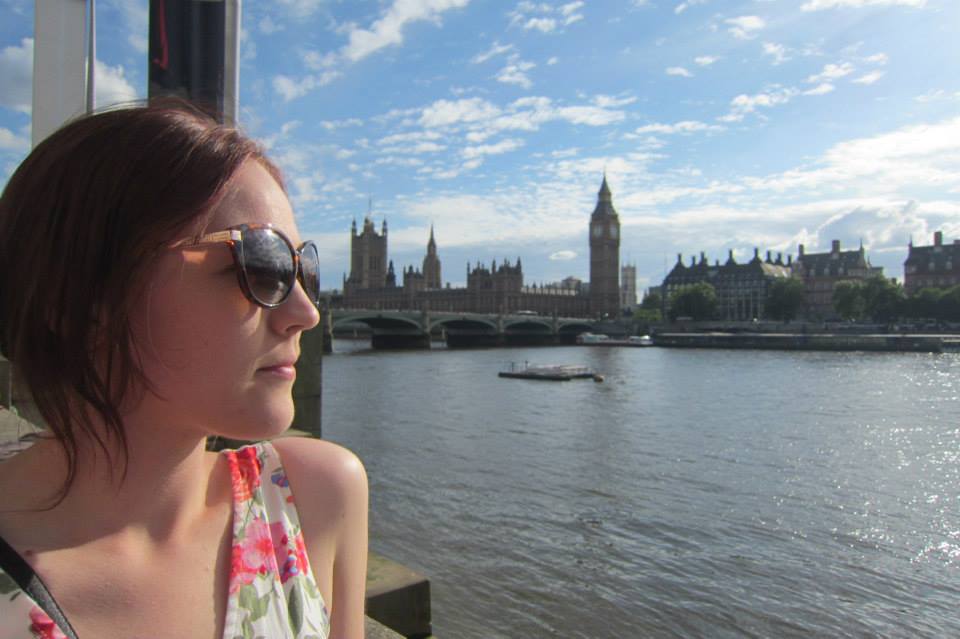 Do I need to go on? Personally, I think British comedy, particularly sit-coms, are where it is AT my friends… but not everyone agrees. In fact, a very common stereotype is that nobody understands the British humour.

The rest of the world is evidently immune to sarcasm and witticisms, preferring to laugh at others instead of at ourselves. I have found that while the humour does vary from country to country, everyone can still enjoy a good British comedy! Once you enter the pearly gates of Heathrow International Airport, you will have access to a plethora of amazing comedians.

Watch Channel 4 shows on demand like Peep Show and Black Books, BBC late night TV, and go see those seemingly indie British movies in the cinema that aren’t widely released in the rest of the world. You will be charmed by them, and also probably laugh your pants off in the meantime. (And yes I mean underwear… knowing the difference between pants and trousers should really be its own number.) 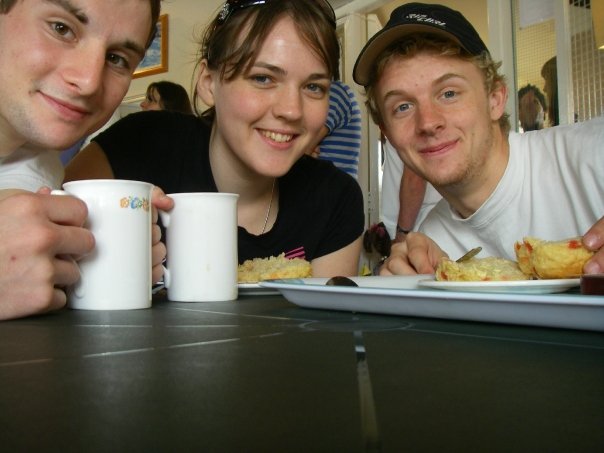 5. Know the difference between pants and trousers

Do not, and I repeat, do NOT ever tell your flatmates that you walked through a puddle on your way back from class and your pants really wet. I’m not saying this happened to me, but…..

6. Familiarize yourself with the difference between a lager and an ale

If possible, join the Real Ale Club as well, you will get major points among the male population in particular. (Hint: Ale has yeast that ferments at the top, lager: at the bottom. In my experience ales are richer in flavour, less bubbly, and darker than a lager. A lager just reminds me of “beer” as the Americans often drink it.) 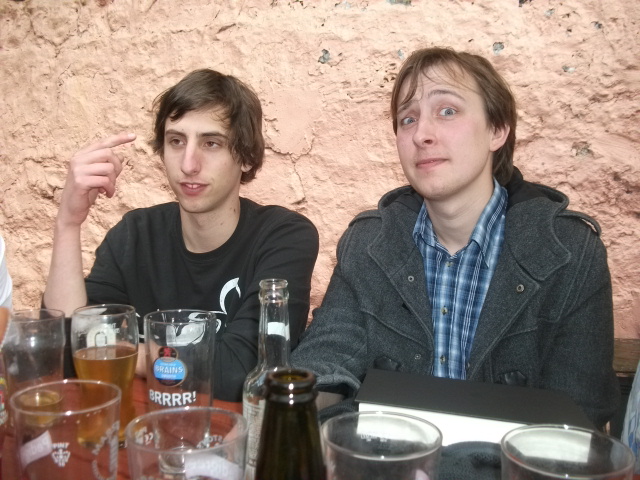 7. Know when to tip people

Basically: never. Tipping taxi drivers, servers, and hair stylists is second nature to a lot of countries but this is not so in the UK. It’s the same in Italy, where tipping is actually an insult because the servers are paid a decent salary and giving them extra money seems like you are saying you are a better person than them. I’m not sure it’s really the same reason in the UK, and is instead more of a traditionalist thing. It is simply “not done” and you will get a lot of sidelong glances if you try to tell your taxi driver to “keep the change.”

8. Learn the rules for rugby, football (NEVER call it soccer!), cricket and tennis

Or at least know what each of these sports looks like when it’s on TV. It’s helpful to know where you stand on any given team depending on your university location as well. At any university, you’re always going to know people who are either Liverpool or Manchester United football fans (think Yankees vs. Red Sox if you’re from the States). Depending on your location though, you might also need to be pretty excited about Arsenal, Aston Villa, West Ham United, etc. When it’s on TV (or telly I should say) in the pub, you will gain infinite points with the locals if you cheer when the right team gets a point. I cannot stress the importance of routing for the right country Rugby matches as well. I went to uni in Wales, and would have probably been in big big trouble if I cheered on England by accident… 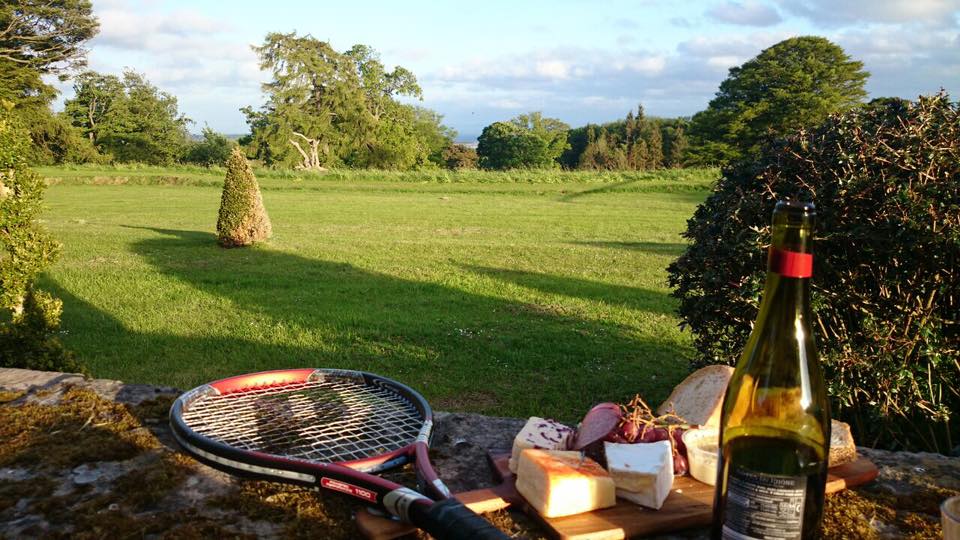 9. Appreciate, plan, and look forward to your big meals of the day

I really think there is nothing more British than a good Sunday roast, and the anticipation that leads up to it. From selecting the right cuts of steak to mashing the right kind of potatoes, the British are very hands-on with their traditional foods. The heartier the better, I say! Know the ingredients and preparation of a Spotted Dick, Toad in the Hole, Cottage Pie, and Yorkshire Pudding (which is NOT a desert by the way), and you will have the key to any British person’s heart.

This should really be #1-10 but I wanted to leave you with one parting thought. The UK has a bad wrap for holding on to their class system, apologizing unnecessarily (and perhaps insincerely), standing in line quietly fuming, and complaining about the rain… But what you find out when you live in the UK is that this is just an outsider’s observation of politeness. It’s something we don’t always recognize for what it is, a mutual appreciation of your neighbours and fellow human beings. Don’t be the loud foreigner that disturbs the block or the rude customer behind someone in a queue. I’ve met some of the nicest strangers while travelling in the UK who are just beautiful human beings; so make sure to always be polite to your barman, flatmate, taxi driver, a homeless beggar on the street, whomever! A nod and an “alright?” goes a long way in British society. Just don’t try to have a long conversation with anyone — that will scare them off. 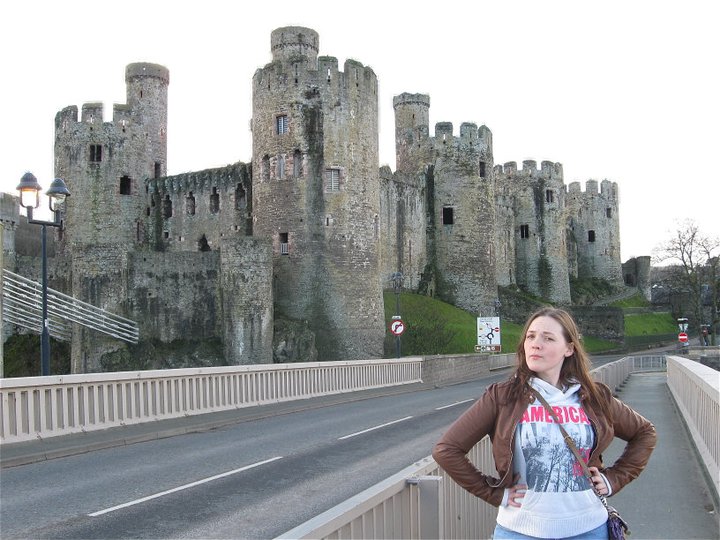 This article was contributed by Chloë Johnson, an American who studied her Undergraduate Degree in Music and Bangor University, Wales and her MA in Performance at York University. You can listen to her music and find out more about Chloë on chloefortay.com