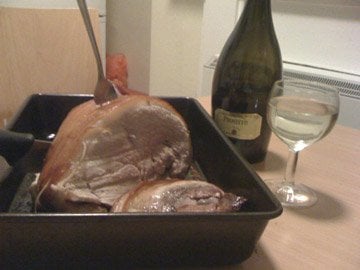 Can an Italian student cook worse than all his British fellows?

If the guy we are talking about is me, the answer is, most definitely, yes. The reason lies in the fact that… let’s just say me say I am a very, very lazy cook; especially when I come back from the university after an entire day of work.

Like the majority of my compatriots, when my mum is far away from me the quality and variety of what I eat drops dramatically (remember, Italian women are very good at cooking, but Italian men are good only at eating what their mums/girlfriends/wives prepare for them!). Therefore, I soon gave up trying to cook proper Italian food myself, and I started testing what British food could offer me by going to the refectory of my College.

The first time I went there, I literally feared that I was about to swallow something that was inedible.  But things are not always as we expect them to be. In fact, I had to change my mind: the first time, they served a delicious course of Indian food, with naan, the typical Indian bread (so tasty!); the second time I got a dish of palatable Chinese food, with spring rolls, my favourite! The day after, I finally tasted the classic fish and chips, and, against any prediction, it was amazing.

I soon discovered that at Worcester College there is a sort of “turn-over” of different cuisines over the week, thus if you go every day you can taste something very different every single night. In other words, it is like a gastronomic trip all around the world. What could be better than that? When I was a student in Italy, the ethnic restaurants were my favourite places to drop by for eating, and now I just have to cross the road to get to the canteen of my College, a one minute walk – marvellous!

But a question soon arose: what happened to all those stories about terrible British food? I was told that the English conquered almost the entire world just to get something decent to eat  – in reality nowadays in Britain they have a varied cuisine. No more do they suffer under the image of overcooked pasta and unhealthy hamburgers! After decades of denigration by various countries, (Italy and France just to name a couple), Britain has now a respectable culinary reputation. Who does not know Gordon Ramsay, the famous chef?

One of the features I love the most about the food here is how it has been influenced by traditions and tastes from different parts of the British empire, and therefore today in England you can eat basically anything from all across the world (their empire was huge!).

In addition, here in Oxford, I ate one of the tastiest pizzas I have ever had in my life! Unbelievable!! They have learnt how to make pizza, and now they are able to do that even better than us Italians – this is an affront!

Seriously speaking, one of the most pleasant moments I have had here in the UK, was a night when my housemates and I decided to make fajitas, a Mexican dish. My lovely fellows, Sam, Emma and Claire spent a long time buying and preparing all the stuff, but at the end, we all enjoyed our fajitas so much that it was surely worth the entire effort.

While writing this now I am having a cup of tea. When I lived in Italy, I used to hate tea!

A great hug from Oxfordshire to all my friends,