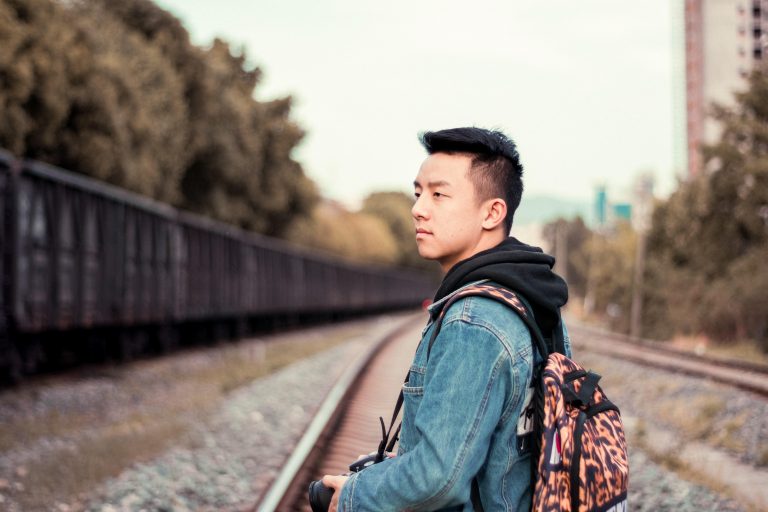 Starting in 1983, Chevening has provided scholarships and fellowships to more than 50,000 people from around the world. Their aim is to provide outstanding scholars with the opportunity to study a one-year masters degree qualification at any UK university.

Applications open in August and close in November each year. If successful, you will be asked to attend an interview in June and be given an offer in July. Studies will start soon after in September/ October. Find out more.

Australia is one of the best destinations for international students. It has a high standard of higher education, multicultural and welcoming student communities and some of the “most liveable” cities in the world (The Global Liveability Index 2021).

Application opening and closing dates depend on your country of residence. Find a full list here. Find out more.

The Fulbright Foreign Student Program provides international students with the opportunity to study at a master’s or PhD level in America. Approximately 4,000 students receive these scholarships each year. Like other government-funded scholarships, Fulbright scholars are required to return to their home country after studying. Find out more.

Applications are processed by bi-nation Fulbright Commissions or U.S Embassies so foreign students must apply through the Embassies in their home countries. A full list of these countries and bodies can be found here.

The Erasmus Programme is an international student exchange programme, established in 1987. It’s a well known and supported scheme funded by the European Union. There are a wide range of opportunities available with Erasmus, including:

Each program has a different set of key selection criteria which are available in the Erasmus+ Programme Guide. Make sure you read through the guide carefully and allow enough time to prepare your application.

Open and close dates for applications depend on each program. Find out more.

New Zealand offers a wide range of scholarships for international students looking to study at bachelors, masters or PhD level. These scholarships are fully-funded and for students living in commonwealth countries.

These scholarships give international students a chance to improve their knowledge and help their country of origin to grow its talents. Priority will be given to students looking to study subjects that are most relevant to the developmental needs of their home country.

Applications close in Feb/March each year. Find out more. 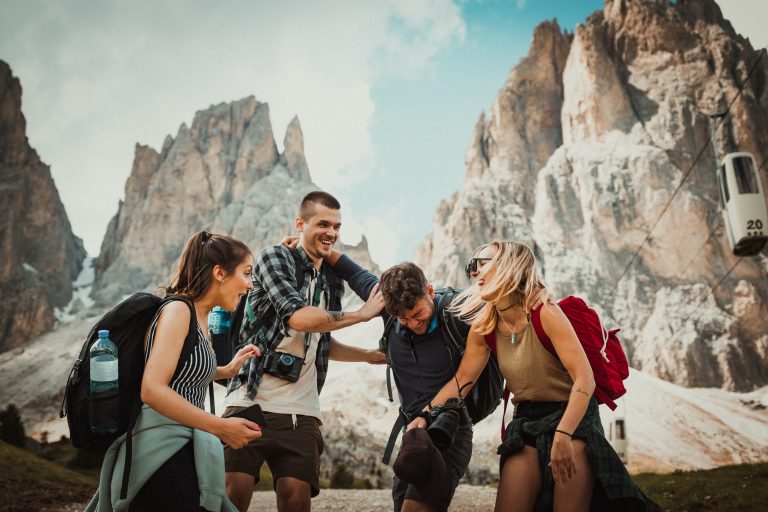 So you want to go to university, but you’re not sure where. Don’t worry, we’ve got you. You’ll be pleased to know that living and learning in a different country can bring SO many benefits, personal and professional. According to Statista, these are the top study destinations for international students in 2020. Are any of these on your list?

From New York to LA, Florida to Seattle, America is one of the most expansive and diverse countries in the entire world. It is home to some of the very best universities. Though the cost of studying and living in America can be tear-jerkingly high, the freedom to explore and the sheer quality of the courses is surely worth it.

The United Kingdom is known for having some of the best universities in the world and boasts a strong employability rate. Though tuition fees are high, the courses are only three years (as opposed to four like the USA). The UK has a fantastically rich history and is one of the most diverse countries in the whole of the world. Plus, it is the home of the English language, giving you the perfect opportunity to hone your language skills.

In Canada, you can polish up your English skills as well as your French, as these are the two leading languages. Canada is often voted as one of the top countries for the quality of life and happiness of its citizens and it also has a low crime rate. It proudly boasts some of the very best Universities in the world.

Australia is always one of the top destinations for International Students. It has low living and tuition costs, and Australian universities often offer scholarships that help to lower prices even further. They also allow students to work up to 40 hours a week with their student visas. Australia has beautiful landscapes, great weather, lovely beaches and big party culture. It is always very popular with students.

France is one of those countries where you can go skiing in the morning, and then have a vineyard tour at sunset. It is so vast and has so many fantastic regions, each with its own identity and culture. The education costs are very reasonable compared to other top destinations, and it is the home of some of the world’s largest corporate brands.

Russia values education very highly, and around 54% of its population have or are studying degrees. The country is so large that there is so much to explore. One half of Russia is very European, whilst the other has strong Asian influences. Russia is a very modern country, however, its values are traditional and so this mix is otherworldly. It is becoming more and more popular over the years and is definitely one to consider.

Germany has a wide selection of highly ranked Universities and promises strong employability. German universities offer a lot of degrees at a low, or sometimes no, cost! It has a long and rich cultural heritage, a fantastic art scene and unmatched nightlife.

Japan has always been a popular destination with students. It is often seen as the epicentre of technological innovation, and so is popular with students interested in science and technology. Japan has one of the lowest crime rates in the world and the health service is very inexpensive, and so it is pretty safe there. The food is amazing, the culture is so interesting, and the landscape is endless.

Spain is becoming an increasingly popular destination for international students to choose to study in for many reasons. One is that the education system is very well-organised and straightforward. Another is that the cost of living in Spain is cheaper than most of its European counterparts. A key reason is also the beautiful year-round weather, which goes perfectly with the gorgeous Spanish beaches. Spain has a lot of rich history to explore, and a huge party culture so there is something there for everyone!

Studying in the Netherlands is fast becoming a popular choice with students from all over the world. It boasts a very high standard of education and a lot of degrees are taught 100% in English, making it very popular with students from the UK and USA. The Netherlands is a very safe place to live and learn, with a big international student community and good employability rates.

Scholarships for International Students Planning to Study in the USA 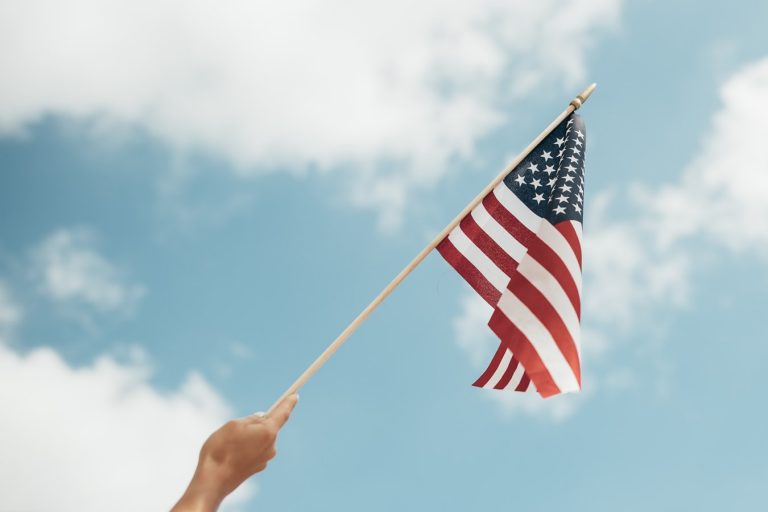 The USA has always been the top destination for international students pursuing their dreams, but it is no secret that it can be expensive.

We decided to make a list of the most popular scholarships to help make your American Dream a reality!

Click on the name of the scholarship to be taken to their site.

Avvo has created this program to help inspire future generations of lawyers, and impact change in the industry as well as local communities.

Undergraduate students have the chance to win a $5,000 scholarship award. 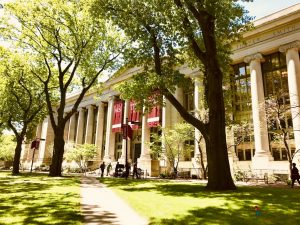 Berkeley College international student scholarships are awarded based on both financial need and past academic history. To receive consideration, your scholarship application must be submitted along with your application for admission.

Scholarship awards are non-transferable, and must be used for the quarter and for the location for which you are accepted. Any changes are subject to further review. Scholarship recipients must maintain a minimum Grade Point Average of 3.0 and full-time degree seeking status.

Enter the CGTrader Scholarship challenge to win $3,000 for your education bills. The best submission will be awarded $2,000 while the two runners-up will receive $500 each. 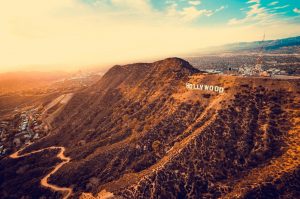 One lucky winner will be awarded a $1,000 scholarship every month!

This scholarship scheme has three different kinds of scholarships that you could win:

Rather than a sweepstakes with impossible odds of winning, or requiring an essay that takes hours to write, we created our scholarship challenges with your best interest in mind. Challenges can be solved in as little as 15 minutes and award 50% of participants with a mini-scholarship. 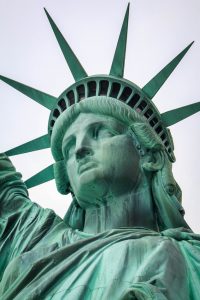 To read our essential guide to studying in the USA, click here.

To read about becoming a Lawyer in the USA, click here. 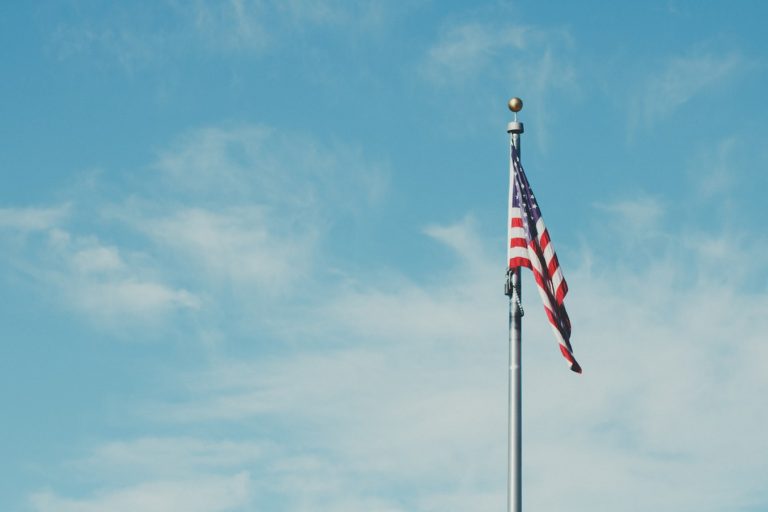 Currency: United States Dollar (USD) – this is approx. 1.26USD to every 1GBP

Geography: Made up of 50 states and various territories

Climate: the USA is so huge so there are frozen wastelands, scorching deserts, non-stop rain or perfect sun depending on where you go. 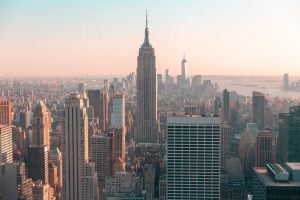 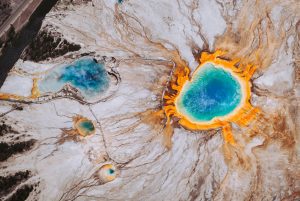 Applying to Universities and Visas

Most universities in the US require foreign applicants to take an English as a second language test, such as the Test of English as a Foreign Language (TOEFL) or the International English Language Testing System (IELTS), these are to be completed around a year before you study.

For all other universities, the application deadline is often in January – seven months before you intend to start university.

There are three types of visas for international students in the US: F1 for academic studies; J1 for practical training not available in your home country; and M1 for vocational studies. 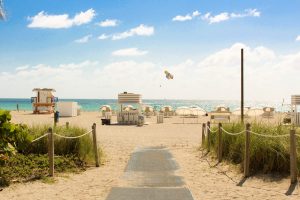 Things You HAVE To Do: