As you know, we at i-STUDENTglobal take mental health very seriously and have already posted about it a few times.

Finally, it appears that the UK government is taking it seriously too, with the announcement from the Office for Students that a £14.5m Mental Health Programme will be put in place to help university students with mental health problems.

10 UK Universities will be given this funding to improve their mental health resources and research. Feedback from this programme will then be implemented throughout all UK Higher Education Institutions. 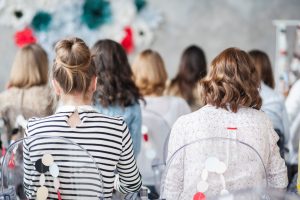 But why is this much funding necessary?

94% of Higher Education Institutions reported strain on their counselling services due to high demand.

Students have reported high levels of anxiety, with 42.8% often or always worried. 87.7% said they struggled with feelings of anxiety – an increase of 18.7% since 2017 figures – and 33% reported suffering from loneliness often or all the time.

The Mental Health Foundation revealed that students suffering from mental health disorders may also be more likely to drop out of university; statistics highlight a 210% increase in university dropouts among students with mental health problems from 2009/10 to 2014/15.

The University of Nottingham is one of the Universities funded by the Office for Students Mental Health Programme and is undergoing a drastic change in how they handle mental health. To see if your University is part of the Programme, click here.

We spoke to Jahan Jiwa, a former first-year Classic Civilisation Undergraduate Student at the University of Nottingham, who dropped out of University in 2017 due to her mental health problems.

What disorders do you have, and how did these disorders impact your time at University?

Did you approach the University about your disorder? How did they help/fail to help?

“I had spoken to the welfare support team ahead of my arrival and they arranged for my coursework extensions to be easier to access once I had spoken to my GP. This was very helpful because it meant I just had to fill in a form and submit it after the original deadline had passed, instead of getting approval from GP every time I required an extension. However, the waiting list for therapy was over 4 months long.”

What would you change about how Nottingham University helped you?

“I wish my professors and tutor had been more sympathetic towards my struggles. They were very dismissive of my disorder. But more importantly, I wish I could receive the therapy I needed sooner than 4 months!” 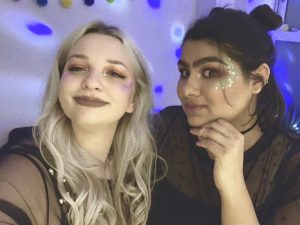 Is there any advice or anything else you would want to share to a student who has the same disorder as you?

“Do your best to arrange therapy as soon as you can because the waiting lists are sometimes up to six months long. Make sure you have a solid support system because you will need it, especially when it’s deadline/exam season. Some universities will also offer smaller rooms for exams and/or bursaries for students with mental health issues so speak to someone on the welfare team and get these set in place asap.”

Jahan now works as a tutor, which she finds very fulfilling. Jahan writes poems as a form of therapy, the poems are free to access on her blog here. You can follow Jahan on Twitter @assphrodite__, and on Instagram @wtfjahan .

0
Introducing…America All within your reach. USA International students researching their options for study are faced with numerous – often confusing – options and factors to consider....
Read more
Previous article7 Characteristics of Every Successful Student
Next articleInternational Student Makes Environmental Statement Through Fashion