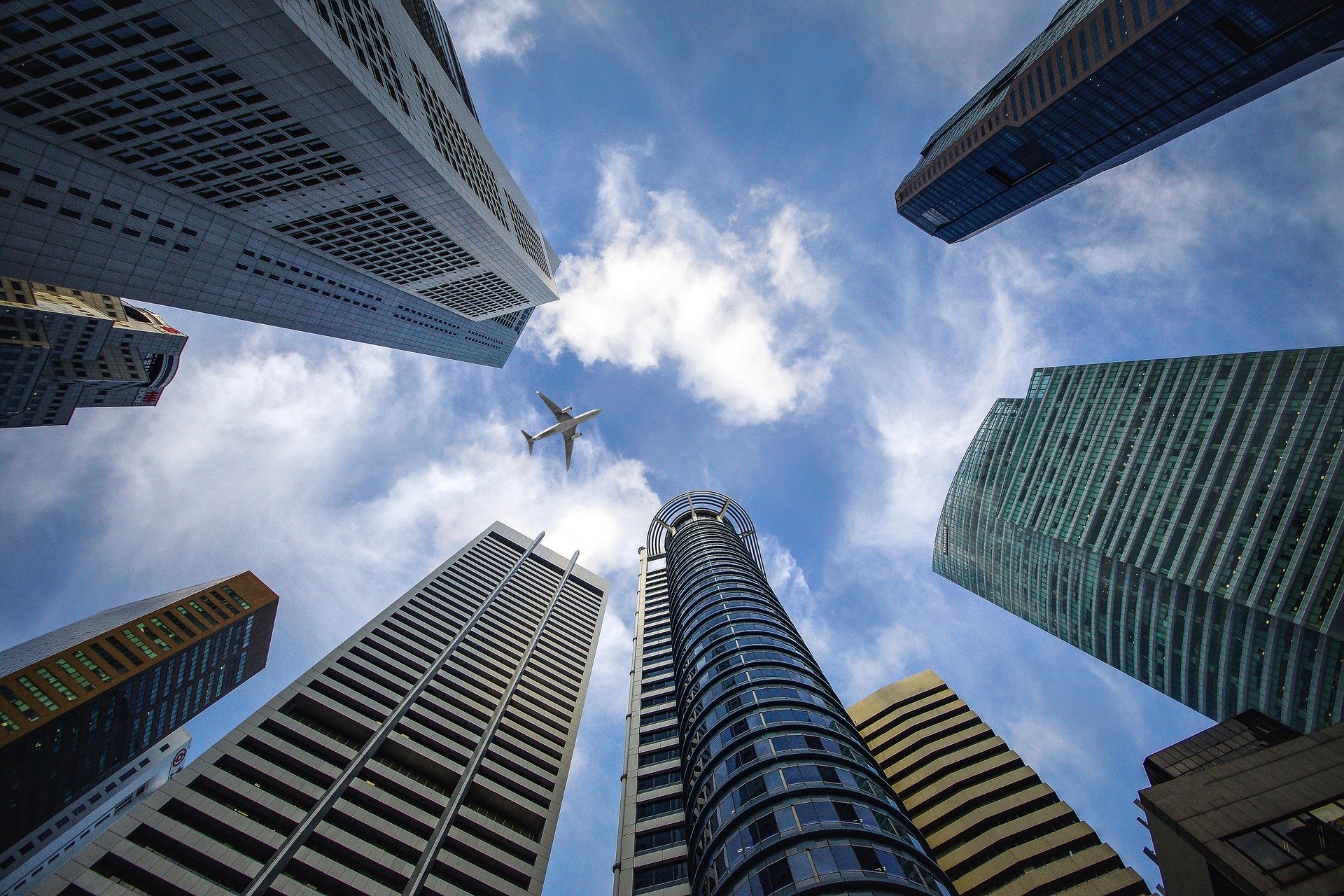 Reflections on Studying Abroad in a Changing World & a Warming Climate, Part 2

The Carbon Footprint of International Education

Many education institutions do essential work around climate change. Universities and research institutes produce much of the data and are often the source of the loudest voices calling for action. They are home to many of the researchers seeking technical solutions and many of them invest heavily in making their buildings more sustainable and cutting their operating carbon footprint. This is, of course, all very positive but there is an element of cognitive dissonance when it comes to international education. Those of us working in the field can be a little reluctant to acknowledge the uncomfortable truth that the whole business of studying abroad contributes to global warming.

So, how exactly do we contribute to the problem? Well, our operating and business models depend on our ability to fly around the world and encouraging others (students) to fly. This travel (mainly flying) by students, international office staff, and academics, as well as other activities such as the production and shipping of brochures and prospectuses generates the emissions that help warm the planet.

The carbon emissions associated with global student mobility have been rising due to growing numbers of mobile students (at least pre-coronavirus), despite a fall in the emissions per student. They are estimated to stand at 14-39 megatons of CO₂ per year (Shields, 2019) – an amount equivalent to having more than 3 million cars on the road for a year – and a significant proportion of this is caused by air travel.

Some research done by a former colleague of mine, Rob MacDonald, on the emissions associated with international students coming to Australia estimated that the 350,000 commencing international HE students in 2014 generated 1.5 million tonnes from aviation emissions alone. To put that another way, you would have to plant almost 9 million trees, or enough to fill the entire Sydney harbour just to offset the flights of that single arriving cohort. Anyone wishing to find out more should read the excellent article calculating the flight-related carbon footprint of international students to Australia (IEAA Vista, 2015). What action did we take as a sector to offset those flights? Why, none at all.

You might wonder why the emphasis on flying, particularly when it only accounts for around 2.5% of total global emissions, but according to Peter Kalmus, NASA scientist and founder of NoFlyClimateSci, ‘Hour for hour, there’s no better way to burn fossil fuel and heat the planet.’

A round-trip flight in economy from Melbourne, where I live, to London on the other side of the world would generate 6.3 tCO₂. To visualise that another way, my one trip would have melted 18.9m² of Arctic sea ice. That latter figure incidentally is courtesy of a website called shameplane.com where you can see the emissions from any flight and contrast it with the impact of various sustainable actions, such as going vegetarian or car-free for a year. 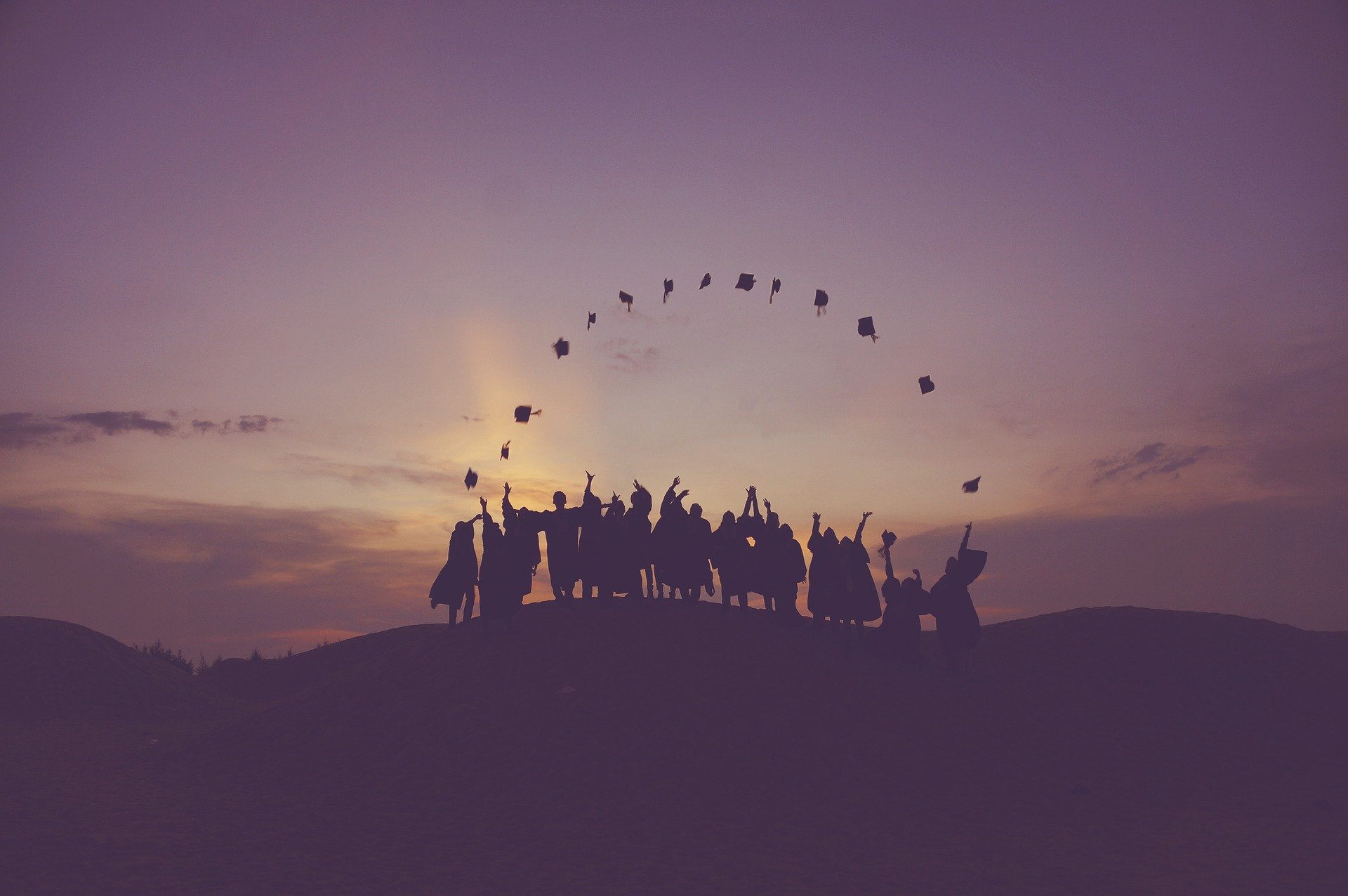 Why Studying Abroad is more Important than Ever

So, studying abroad has an environmental cost but that does not mean that it isn’t worth it. To solve wicked problems like climate change, the world needs people who have a global perspective, who have developed the skills to work across borders, and who can communicate effectively. In a real sense, it has never been more important that we have global citizens who understand the importance of evidence-led action and who respect scientific findings. In other words, we need people who are not just educated but who are globally educated.

Once the borders are open again and it is possible to travel, the advantages and skills that you gain from studying abroad will be as valuable as ever. My suggestion is that you don’t feel guilty about travelling to study abroad, but that you take the time to understand the carbon cost of it so you can also decide how to balance out that cost through other choices. For example, you could reduce emissions elsewhere in your life and you could at least choose to offset our flights. If you would like to measure your own carbon footprint, a useful place to start is the free online calculator from footprintcalculator.org. You can also find practical tips on what action you can take at sites like climate7.com. 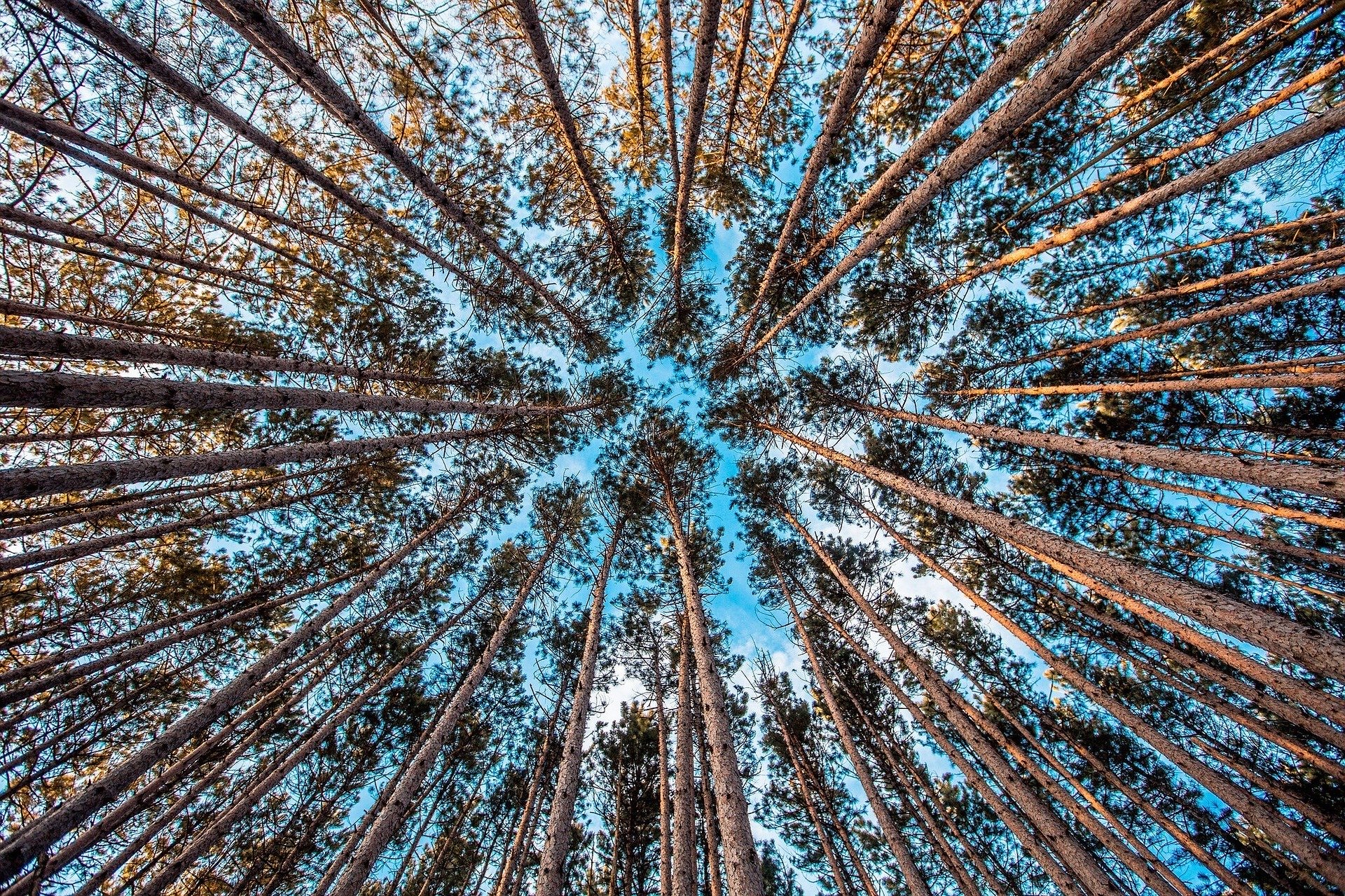 There is growing awareness of the need for radical and immediate action, as evidenced by the global school climate strikes – 4 million young people in 163 countries took part in school strikes for climate last year. There has also been a shift in public attitudes to flying, notably in parts of Europe, and a new-found preference for lower-carbon travel options.

These changes are starting to affect international study choices; for example, many universities across Europe are actively working to funnel students towards study abroad options they can reach by train. This works reasonably well for people in many parts of Europe who want to study in another part of Europe but it’s not a great option for people in most other regions of the world with less extensive train networks, or in island nations like Australia and New Zealand.

There are early indications that students may choose to study in countries or at institutions with strong green credentials. In a recent QS report on Sustainability in Higher Education, an overwhelming majority (94%) of respondents agreed that universities could do more to be environmentally sustainable. The new Times Higher Education Impact Ranking rates universities on their performance against the Sustainable Development Goals and means that prospective students now have a tool they can use to rate universities on their climate credentials.

This is important because universities pay close attention to what students want, and to what drives their behaviour. So, if you would prefer to study abroad at an institution that takes environmental issues seriously it is important to use your voice and let them know. 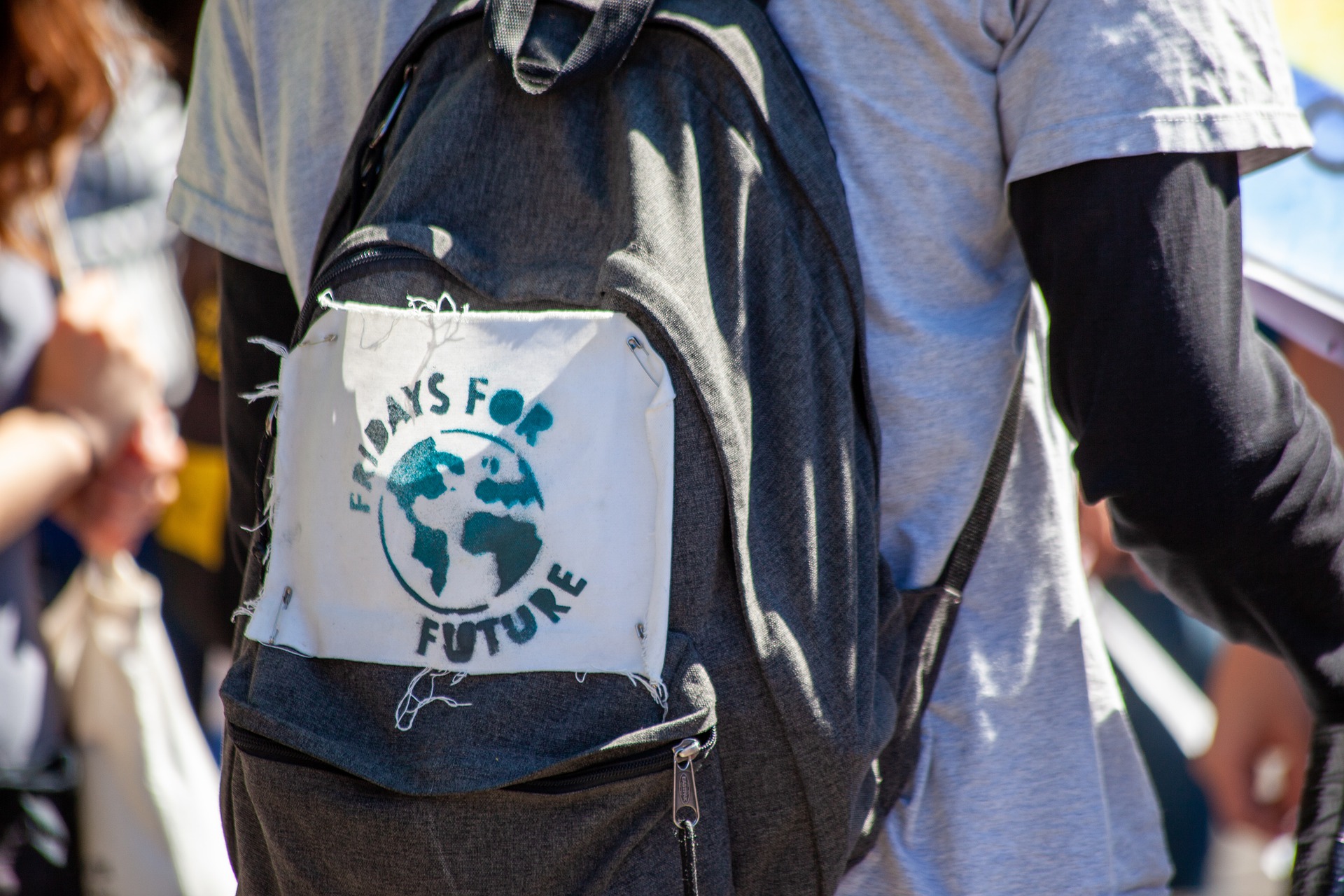 So where does this all leave us?

The current pandemic has given us a brief respite. Universities are experimenting with teaching online and with virtual recruitment events, all of which will help reduce emissions now, and potentially in the long term if these changes take hold.

On a grander scale, while the planes are grounded, many factories lie shut and cars stand idle we are actually reducing global emissions slightly, but this is just a pause. What is important is what we do next.

I mentioned at the start that we have a widening of our narrow window of hope and it is this: the unprecedented, large-scale action that is being taken right now around the world to fight the coronavirus shows us what is possible. It shows that we are still capable of taking difficult decisions when the need is upon us and the greater good demands. My hope is that, once learned, this lesson will become a habit that we are unable to shake.

Previous articleReflections on Studying Abroad in a Changing World and a Warming Climate, Part One
Next articleTop Fashion Schools in London