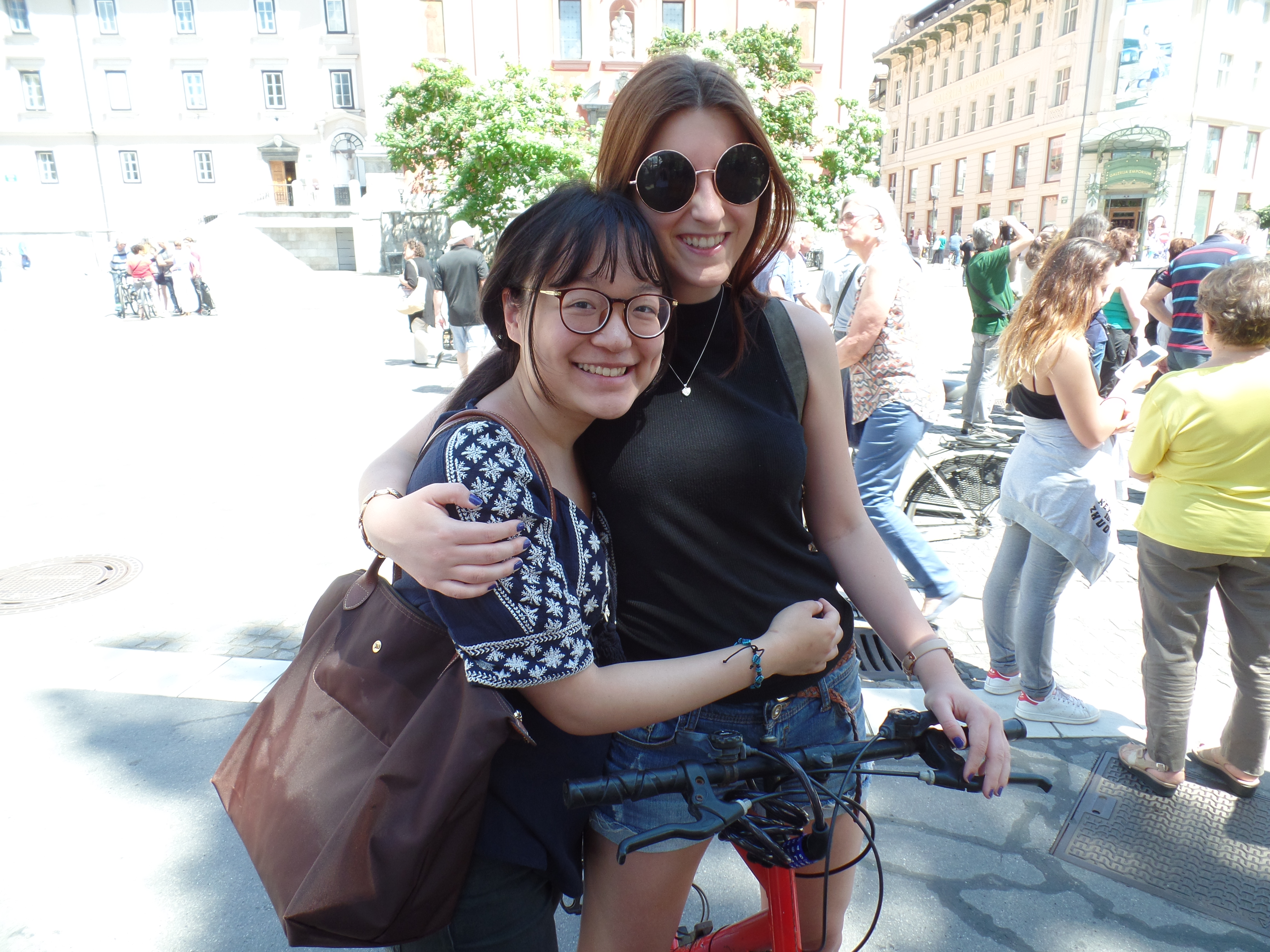 In previous blogs, I’ve talked about how making new friends is so exciting and fun, this time, I also wanted to point out why these people are SO important – not only in a “study abroad” sort-of-way but also a live changing way. (Yes, it is that magical!)

The language barrier is imaginary

Meeting new people is actually not so hard. In Maynooth, where the international students’ community is very well-rounded, having language societies to gather international people, this is definitely true.

The fact that you’re hanging out with non-native speakers of English makes it harmless and understandable if making a mistake, and even if awkward silence occurs in conversations, no one will really care and judge you harshly. Before coming to Ireland, I was quite worried that I’ll be laughed at because I have “an accent” while speaking English. But as soon as I came here, I realized that people from different parts of Ireland talk with different accents, and it’s no surprise to hear other European students have accents too.

Before coming to Ireland, I was quite worried that I’ll be laughed at because I have “an accent” while speaking English. But as soon as I came here, I realized that people from different parts of Ireland talk with different accents, and it’s no surprise to hear other European students have accents too.

As long as people can understand you, the accent doesn’t matter that much – plus, it’s actually fun to listen carefully and try to decipher what people are actually talking about. (I still have difficulties understanding Donegal accent, though.)

Your friends show you “the world”

After overcoming the fear to speak English (and not be so shy and withdrawn anymore), I myself became close friends with Japanese, Brazilian, French, Spanish, and German people, and it’s so amazing that in the process of becoming familiar their different culture backgrounds, you notice that you’re changing the ways you perceive this world.

You even make friends with those who come from places you’ve never heard of, and they are so cool that you want to visit their countries and see how amazing those places are in reality. And gradually, what you thought that “was not okay” became “it’s actually alright”, and “I’ll put up with this” became “why do I bother?” once you’ve witnessed and understood how incredible it is that there’re so many ways to living lives.

Me as an example?

So now, my friends have inspired me in so many ways, letting me see the parts/topics/values I used to neglect or had a prejudice about, making me want to try new things and go to new places. On top of that, they also, in the least way possible, reminded me of who I really am as a person, letting go of this 2016 me who constantly tried to please everybody by trying too hard to be “nice”.

It’s just amazing that it’s true that you’ll meet people who’ll bring you down, but also ones who truly accept you as who you are and even encourage you to be a better person. I don’t know how to explain this in a better way – this is the best I can do, and I hope you can have a chance to experience it too.