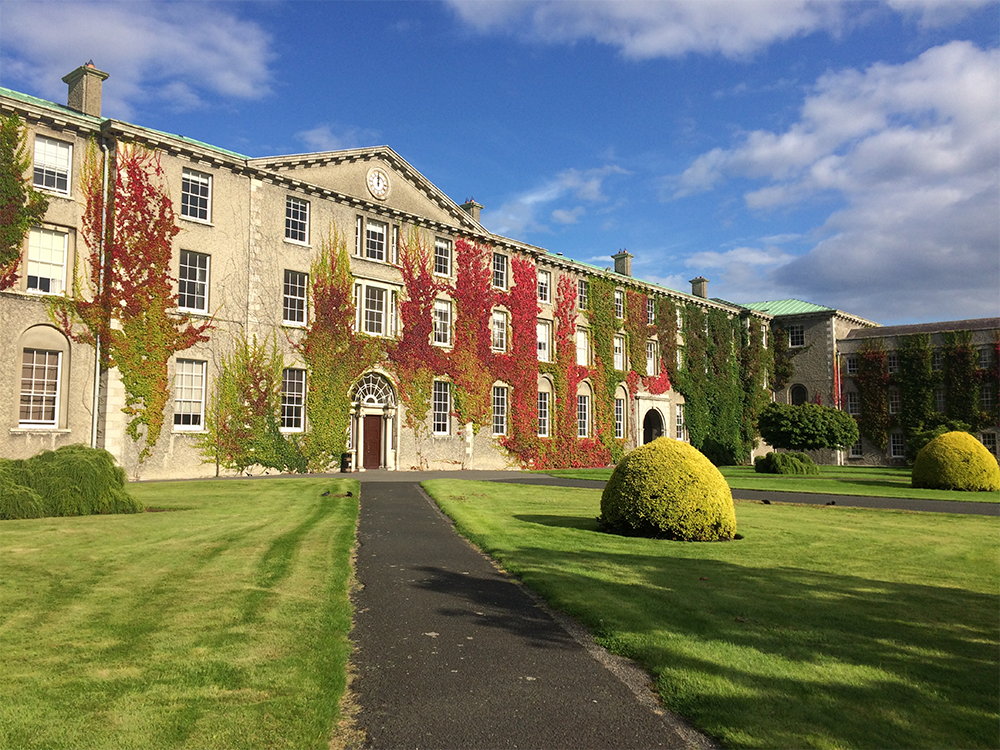 Namaste! I am Nikita Sarawagi from India, pursuing my Masters in Data Science and Analytics at Maynooth University. It’s been two months away from home and it’s the beginning of a whole different era in my century as a human. To be honest, I was slightly panicked about my new life in another country since this is my first time away from home alone.

But all these worries disappeared on arrival as I was warmly welcomed by my university and its associated student bodies. My two months here in Ireland have been very eventful, I experienced a lot of things and disasters (Oh-Phelia!) as well.

Education is just a small part of my experiences here, though an important one (have to say that considering the huge loans I have to pay haha). I am taking archery lessons which have been quite interesting. Travel to a number of places has been an enriching experience which I will mention in brief ahead.

A tour of Dublin

A tour of the capital city, Dublin, was amazing. I visited Trinity College, the Temple Bar, and a few other places. The Russel library tour was awe-inspiring and made me nostalgic about times past; it was nostalgia for things, events and histories which I couldn’t be a part of.

Seeing humanity clothed in those century-old books was surreal in a way and the beautiful British architecture just added to the mood. I and a friend also stumbled by chance upon The Wonderful Barn in Leixlip which really was wonderful, there isn’t another adjective that does justice to it.

Now, Haaaalloooweeeen! This was my first Halloween everrrr! India has a load of other festivals which are completely different. This was a novel experience that allowed me to observe the cultural differences between the two countries. In India, festivals are holy affairs, one cannot engage in intoxications; here it is a major part of the festive spirit (you see what I did there!). People were clothed in all sorts of costumes; it was all very vibrant and colourful.

Also, having joined a lot of meet up groups I get to engage with Irish people and people from other nationalities. Being a part of one such group, we went for a beautiful coastal walk from Greystones to Bray. It was a thrilling experience. We took a train to Greystones  – my first time in the Irish rail. There, we spent some time at the beach and then headed to the starting point of the trail.

This linear walk from Greystones to Bray is along a stunning coastal path and was a relatively easy walk on a nice sunny day. It runs for about 4 miles above the rail lines with the Irish Sea beyond. The path is well maintained, and the view is panoramic and scenic with ever-changing vistas of the ocean and clouds, an effect of the sunlight. This path leads to the top of Bray Head offering fantastic views of the Irish Sea, the Wicklow Mountains and Bray.

All the aforementioned experiences were grrreat no doubt, but one experience in particular was full of thrill and adventure. I am talking about the Hurricane Ophelia. Now, I know this must have been a bothersome affair for most people, but it was my first time living one; new country, new natural disasters!

We don’t have hurricanes in India, we have floods, draught et cetera and to let you in on a little secret, after the calamity has occurred when the researchers sit down to get to the root cause for it to happen, turns out it wasn’t natural after all, just man twisting Mother Nature’s arm, I suppose it’s the same globally.

The howling wind, no contact with my family and friends with my housemates as my only companions, no gas which meant no food were all new experiences for me. Post the hurricane I felt bad for the damage it had done in some areas but mainly for the tree right outside my window which was lush green and full of leaves once but now stood bald.